Kapronasia regularly both participates in and hosts webinars on a variety of financial industry and technology subjects. A list of previous and upcoming webinars is below. Recordings and/or additional materials can be found in the detail for each webinar. If you have any questions, please do not hesitate to This email address is being protected from spambots. You need JavaScript enabled to view it..

2021 Asia Trends and Outlook: The Future Fight against Financial Crime 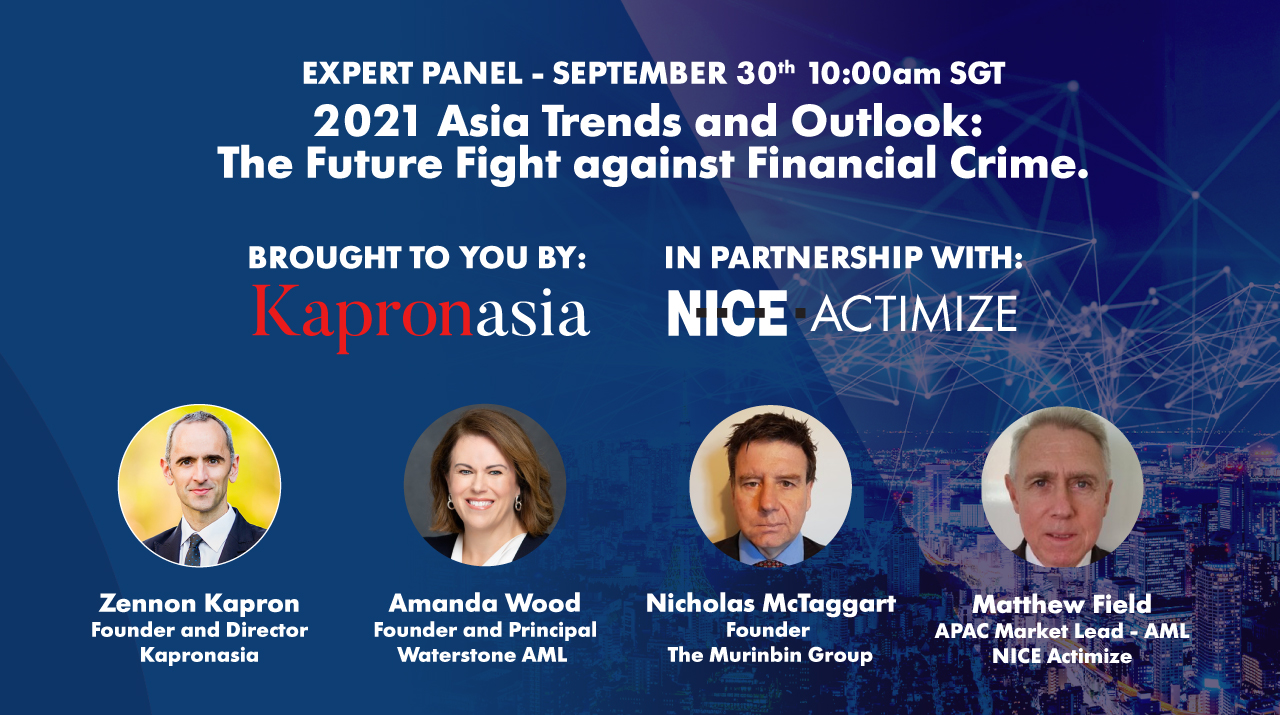 A webinar from NICE Actimize and Kapronasia

Fighting financial crime has never been more difficult, and with the digitization of financial services bringing both great opportunity and increased risks for banks and other industry players, it is imperative that industry leaders keep their eye on the ball. But what efforts have financial services firms put in place to tackle financial crime? What new risks would emerge as we start to place more trust in the digital world?

Webinar: Finding a Balance – How to keep the customer experience first in Digital Identity 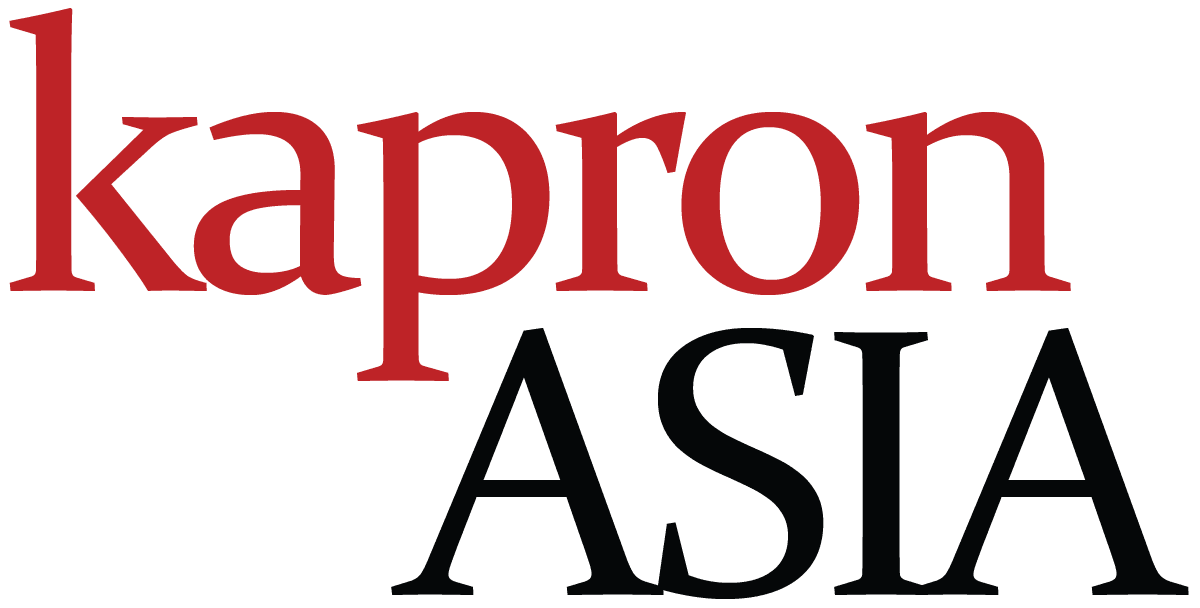 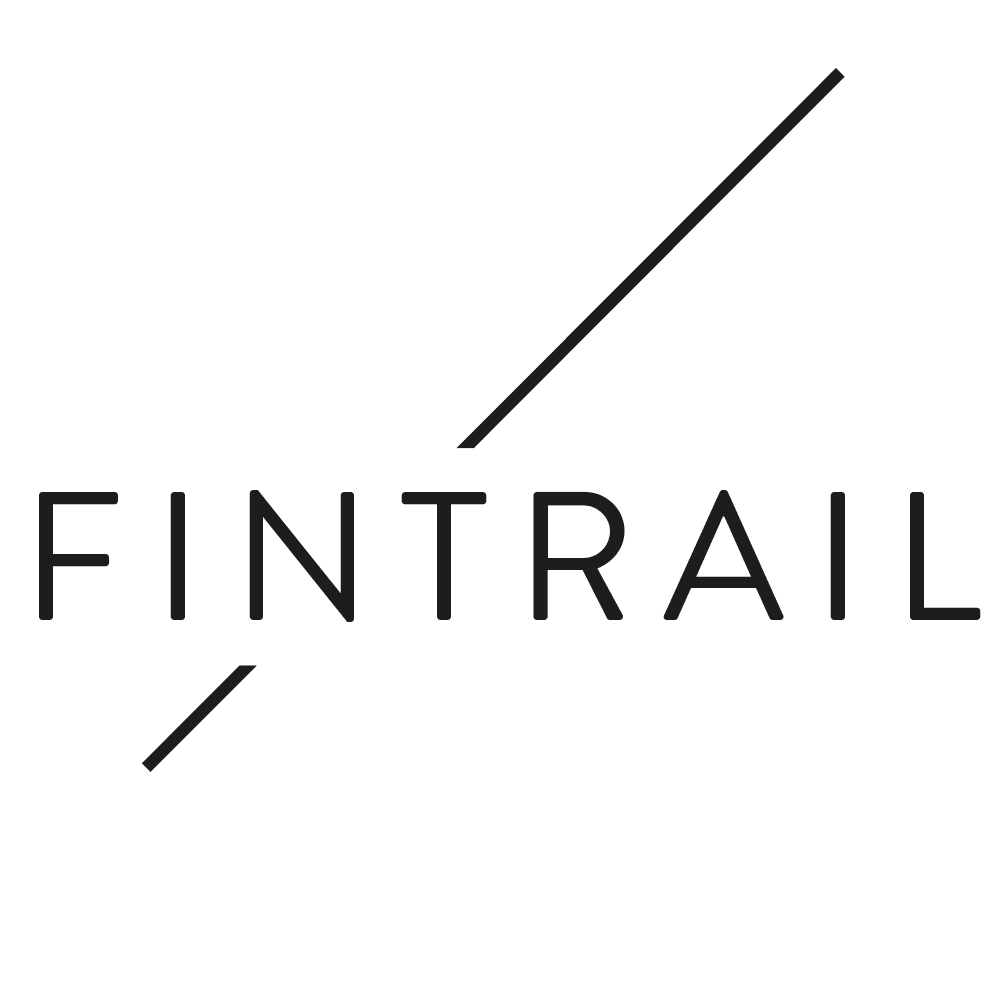 A webinar from Kapronasia and Jumio in partnership with Fintrail Asia

Profit at China's Big Five banks is declining as the popularity of internet banks such as WeBank grows. Can China's banks find their place in the new fintech world?

Payments in Asia: Who is Winning the Race to Cashless

The Asian payments landscape is rapidly evolving as consumers, retailers, banks and corporations have new options and channels to move their money. Although the traditional debit/credit, ACH, and wire transfer rails all remain in place, the ecosystem that uses them has vastly expanded due to open APIs and enhanced mobile technologies. And in certain countries, like China, the race to cashless may already have been won.

The digital payments space in India had been evolving steadily in the last couple of years. However, the economy had a big bang moment when Prime Minister Modi announced the Demonetization drive on November 8, 2016. The stated intention was to reduce the level of money laundering and counterfeit currency in the economy, and to raise the level of transparency to ensure that the number of people paying income tax increased in line with rising incomes. It was indeed a commendable move for the Indian economy which exhibits high levels of corruption, money laundering and tax evasion.

A decade ago, going to the bank in China meant queuing for an hour and suffering what was often very poor customer service. In a retail banking market with limited competition, there was little push to do anything different. Today, the industry is shifting rapidly. With online payment platforms like WeChat Pay and Alipay, digital payments are a reality for customers. Financial product distribution platforms like Lufax and CreditEase make it incredibly easy for customers to invest their money. P2P lenders are bringing new financial products and choices to the market. Customer communications has gone from an afterthought, to a key part of bank’s strategies.

China’s financial industry faces a challenging year ahead. Economic growth is slowing, money outflows are testing the resolve of regulators and reform remains a challenge. Yet China remains at the center of the fintech universe as tech giants Lufax, PingAn, and Ant Financial continue to re-define banking in the world’s biggest country.

The Indian economy is not likely to forget November 8, 2016. Not only was it the day that Donald Trump (now President-elect) won the election, it was also the day that Prime Minster Modi announced demonetization in India. The two events have already assumed seismic significance since, compared to which all other issues are dwarfed. The Indian banking industry is gearing itself to face the effect of demonetization. All of a sudden, digitization has become much more than a fashionable term to speak about in industry events.

Webinar: The Democratization of Wealth Management in China

High minimum investment thresholds, the expense of professional advice, and the general lack of access to wealth management tools have all served as challenges for small retail investors in China. However, fintech is empowering them by lowering the costs of, and expanding access to, wealth management products, thereby making it easier to manage one’s wealth.

Predictions are that digital payments will account for 20% of all Chinese retail purchases by 2020, a staggering amount and one that is challenging not only the banks, but China UnionPay and regulators themselves. The China Digital Payments 2016 report looks at how new business models, market entrants and regulations are rapidly transforming China’s gigantic payment industry.

Fintech: The BAT (Baidu, Alibaba, Tencent) now all have a private bank ready to launch and remote account opening is likely to happen this year. As the BAT continue their push into financial services, what does that mean for traditional and digital banking in 2016? How big a chunk of business can they take from banking giants such as ICBC?

Equities: Chinese mainland markets had one of their most tumultuous years ever in 2015, losing as much as a third of their value over three weeks in June. Even so, the Shanghai Composite still finished the year almost 10 percent highter, beating Wall Street. What can we expect this year? Also, what are the potential challenges and bright spots for the Shanghai-HK connect and an upcoming Shenzhen connect?

Alibaba was one of the biggest IPOs in history and the company has been on an acquisition tear in the past couple of years. Will Alibaba's initiatives and acquisitions redefine the financial industry?

Bitcoin hit a wall in China in 2013, yet grew in 2014 as China's exchanges became the largest in the world. What will 2015 hold for the digital currency and its peers?

The Shanghai HK connect was one of the most talked about initiatives in 2014, yet was the launch a success and will it continue this year?

Online payments, e-commerce, private banks, hedge funds and digital currency are just a few of the key drivers that have reshaped the industry in 2014 and will continue to drive change and reform in 2015.