The Case for a Central Bank Digital Currency 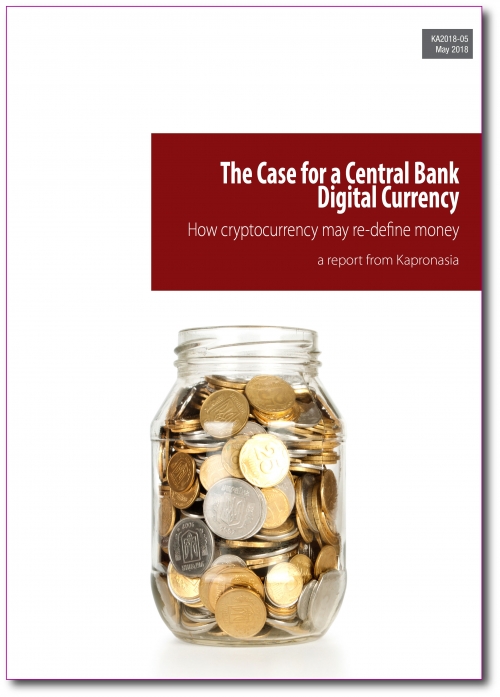 Despite all of the hype around blockchain and cryptocurrency, the most impact will come from whether or not national governments will shift to a Central Bank Digital Currency (CBDC). A new report looks at the opportunities and challenges as well as the stark implications for citizens.

Cryptocurrency hit the mainstream in a big way in 2017 as Bitcoin inexorably rose, and ICOs captured the minds and Ether of the industry. Governments have not been particularly open to cryptocurrencies because of the systemic risk and potential loss of monetary control, but they have become incredibly interested in the idea of national digital currencies, or Central Bank Digitial Currencies (CBDCs). A national digital currency running on a distributed ledger technology would give governments a new level of control over how individuals and businesses earn, save, and spend their money and have deep implications for both governments and its citizens.

In this report, we look at some of the principal rationales for adopting CBDCs as well as the downsides for market participants. Although the report addresses the topic very holistically, we provide an emphasis on the potential role of CBDCs in Asia.

The Case for a Central Bank Digital Currency Report Details

Published in Research Reports
More in this category: « The Future History of Payments - a whitepaper from Kapronasia and Finastra Taking Stock 2010 - Order Routing and Technology in China's Capital Markets »
back to top
© 2007 - 2022 Kapronasia