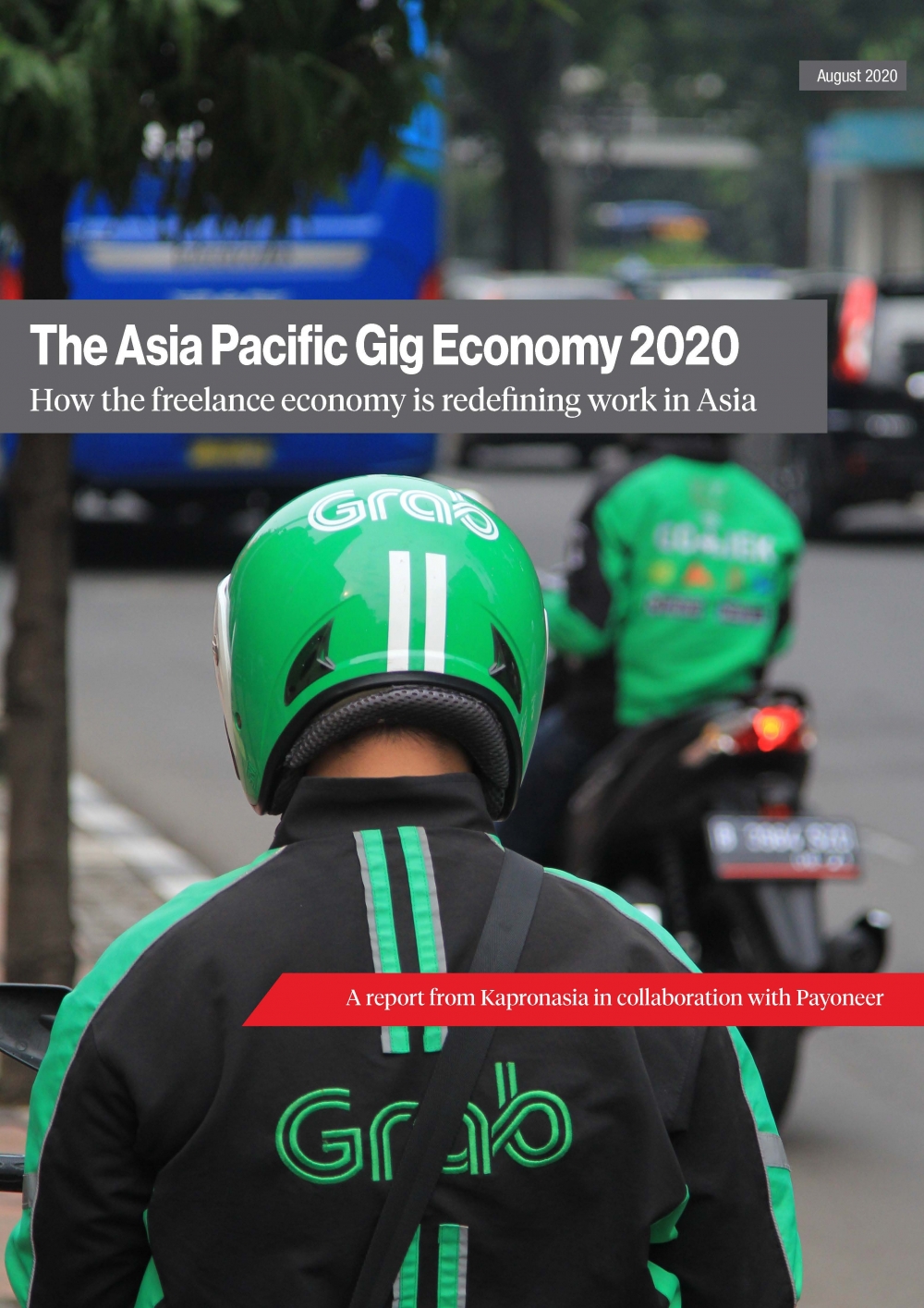 The gig economy is roughly defined as a prevalence of short-term contracts or freelance work as opposed to permanent jobs. As the global economy changes, the gig economy has been growing rapidly. According to a recent Mastercard report, the digital gig-economy generated ~USD 204 billion in revenue in 2018, or, for comparison, just over half (56%) of Malaysia’s economy in 2019. The size of gig-economy transactions is projected to grow by a 17 percent compound annual growth rate with a Gross Volume of ~USD 455 billion by 2023, or just over four-fifths (86%) of Thailand’s GDP in 2019.

The term gig-economy itself was first coined by journalist Tina Brown in 2009, when she wrote of workers pursuing “a bunch of free-floating projects, consultancies, and parttime bits and pieces while they transacted in a digital marketplace.” However, modern freelancing started in earnest long before then, with the emergence of the internet, which enabled companies to outsource work to individual agents. The rise of the gig economy was further catalyzed by the exponential rise in ownership of smartphones and apps, providing a marketplace for buyers and sellers.

But this is not just a technology story. It’s a story of market forces and the consequences of globalization, where a borderless world has increased competition from lower-cost markets, putting tremendous downward pressure on firms’ costs, forcing companies to rationalize their operations. It is also a story of changing attitudes towards work, where Generation Z are “more likely to look for instant recognition, instant feedback, and an instant work-life balance.”

Put in this context, it is therefore not surprising that with Asia’s favorable demographics, where East Asia alone accounts for over a third of the global workforce and where in Southeast Asia three-fifths of the population is under 30, that the region is rapidly becoming a gig-economy hotspot.3 Competitive wages, high education levels, and a number of English-speaking countries make freelancers in the region attractive to international clients.

Kapronasia and Payoneer are pleased to bring you the Asia Pacific Gig Economy 2020 research report, which is one of the most comprehensive reviews of the development of the gig economy in Asia.

To download the Asia Pacific Gig Economy 2020 report, written in collaboration with Payoneer, please fill in the following form:

More in this category: « Envisioning a Pan-Regional Real-Time Payment Ecosystem in Southeast Asia from ACI & Kapronasia Next-generation Compliance: Ensuring the Integrity of Digital Banking in Asia »
back to top
© 2007 - 2021 Kapronasia