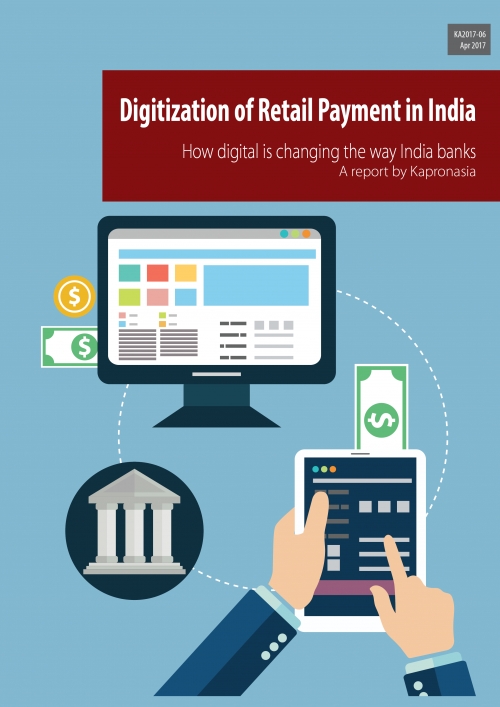 The digital payments space in India had been evolving steadily in the last couple of years. However, the economy had a big bang moment when Prime Minister Modi announced the Demonetization drive on November 8, 2016. The stated intention was to reduce the level of money laundering and counterfeit currency in the economy, and to raise the level of transparency to ensure that the number of people paying income tax increased in line with rising incomes. It was indeed a commendable move for the Indian economy which exhibits high levels of corruption, money laundering and tax evasion. However, the implementation was found to be lacking and there have been questions over the level of preparation of the central bank, the Reserve Bank of India (RBI).

While there has been a lot of buzz from a technological and digital perspective, something we will focus on in this report, at times it has felt that, through this drastic step, the government has led the economy down the rabbit hole, and then itself was seemingly taken aback by the poor implementation and the public reaction to it. As a result, often Government ministers and bureaucrats have tried to use modernization of the technological infrastructure and digitization of the banking system as an ex-post justification for demonetization.

The Digital Payments India report begins with a focus on the role of demonetization and the recent Federal Budget in creating the regulatory impetus for Digital Payments. We then take a brief look at some other factors that will be important for the success of digital payments, as the government would like it to be, including the level of literacy and financial literacy, the proportion of under-banked and unbanked in the Indian economy, and the provision of public services such as electricity distribution and telecom services, which will be essential if digital payments are to succeed throughout the country instead of just the urban areas which are well connected.

This will be followed by a discussion of the digital payments landscape in India. We will consider payment apps, mobile wallets, payments banks and digital banks. There is a lot of promise and we have seen high levels of interest, with several new firms coming to market. We conclude with a look at the future prospects of the industry and as assessment of how realistic the government’s expectations are.

Clients of Kapronasia's Asia Financial Advisory Service can download this report. For more information on this report or any other of our reports, please email us This email address is being protected from spambots. You need JavaScript enabled to view it..

Published in Research Reports
More in this category: « E-commerce in Southeast Asia Digital Payments in China 2016 »
back to top
© 2007 - 2021 Kapronasia