Will the global tech slump affect Revolut’s prospects in APAC? 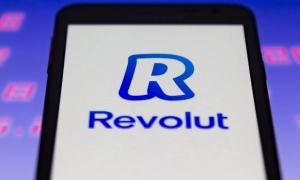 Usually in fintech only the strongest survive and the prolonged global tech slump is testing the war chests and business models alike of even the heaviest of heavyweights. Having raised so much cash in the erstwhile go-go, low-interest rate environment that prevailed from the mid-2010s until about 2021, UK “financial services super app” Revolut looks poised to weather this storm reasonably well.

The company’s leadership even claims it achieved profitability in 2021. However, it remains to be seen if Revolut has the wherewithal to push ahead in the Asia-Pacific region, where fintech competition is often more intense than in its home market of the UK or continental Europe and local player have already established strong positions.

The APAC market where we reckon Revolut has the most opportunity is Australia. While most neobanks have flopped Down Under, none of the failures to date have had the funding, brand recognition and scale that Revolut enjoys. If there is any fintech that can go head-to-head with Australia’s big four incumbent lenders, it is Revolut. It has even promised to offer customers “a digital-first approach to create a seamless experience that’s tailored for the individual and delivers 10 times the value” of that provided by incumbents. And how can you argue with 10 times the value?

The company won a credit license in Australia in February, shortly after receiving permission to offer securities trading to Australian customers. But to complete the trifecta, the UK fintech unicorn needs license to become an authorized deposit-taking institution (ADI) in Australia. Being able to both take deposits and lend to Australian customers would allow Revolut to compete relatively evenly with incumbent banks.

That said, it is unclear when Australian regulators will approve the firm’s application for an ADI. Could it be that they are waiting to see what their counterparts in the UK decide?

It’s certainly possible. Revolut submitted its application for a UK banking license more than two years ago, but regulators seem in no rush to make a decision. “The UK is a bottleneck for other licences,” Revolut CEO Nikolay Storonsky said at a conference in November. In addition to applying in Australia, Revolut is preparing an application for a banking license in the U.S.

Meanwhile, Revolut is also eager to expand in India, but with an eye on different market segments than in Australia. In the subcontinent, Revolut is focusing more on cross-border payments, as seen in the company’s recent strategic acquisition earlier this year of Indian international money transfer firm Arvog Forex for an undisclosed sum. This deal will allow Revolut to launch a cross-border remittances service for Indian customers, though perhaps later than expected. Unless an announcement is made very soon, the service will not go live before year-end.

The Indian remittances market is a no-brainer for Revolut. In 2021, despite pandemic-induced disruptions to the global economy, India’s remittances grew 4.6% annually to US$87 billion, remaining the world’s largest, according to the World Bank. Since sending money to India through traditional channels is usually pricey, Revolut has a significant market opportunity if it can offer cheaper, faster and more convenient services to Indian customers.

We are less sanguine about Revolut’s prospects in Singapore if it continues to focus on crypto in the city-state, especially crypto trading for retail investors. The company said in April it had it had received in-principle approval from the Monetary Authority of Singapore (MAS) to provide digital payment token services under the Major Payment Institution license, but a lot has changed in the world of decentralized virtual currencies since then.

More in this category: « It's crunch time for Southeast Asian platform companies Tencent rejigs global fintech business »
back to top