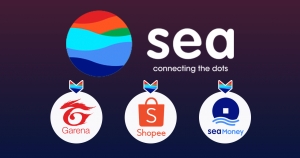 The wheels are coming off the bus of Sea Group’s cash-burning tripartite digital services ecosystem of gaming, e-commerce and fintech amid jitters in the global economy and investor skepticism of the company’s growth-first model. If you thought that even as it hemorrhaged cash by the hundreds of millions of dollars, Sea’s expansion to places like Poland, India and Colombia did not make a lot of sense, you are not alone. The question now is if the company’s austerity measures can both stop the bleeding and reassure investors that its fundamental business model is sound.

In a recent report, Bloomberg noted that Sea has lost about US$170 billion of market value since an October 2021, battered by rising interest rates and intensifying competition from Alibaba-backed Lazada in Southeast Asia. But it’s not just Lazada. In Indonesia, homegrown champion GoTo has a strong e-commerce business thanks to Tokopedia that has deeper roots than Sea’s Shopee. In the first quarter of the year, Tokopedia ranked first in terms of clicks with 157 million, followed by Shopee and Lazada. Bukalapak is also a big player in Indonesian e-commerce.

Sea is right to be focusing on Indonesia, where it has invested heavily to rejig the erstwhile local incumbent lender Bank BKE as SeaBank. The Indonesian market has about 181 million unbanked people. It offers bountiful low-hanging fruit in financial services, despite intense competition. With patience and effort, Sea can probably thrive in Indonesia, especially if it can link up its fintech services with Shopee to provide credit to merchants. Sea says that about 40% of Shopee users in Southeast Asia have used its SeaMoney fintech services.

The trouble for Sea is that it is overextended, and unless it drastically pares down its operations, some aspects of its future may be in doubt. We are thinking of its digital banking endeavors in Malaysia and Singapore, where capitalization requirements are strict. Sea needs to be in sound financial condition to operate these banks, which will be an expensive undertaking given strong competition in both countries.

With that in mind, it is reassuring to learn that Sea has exited Argentina and is shutting operations in Chile, Colombia and Mexico. We reckon that when the smoke clears, the only Latin American market in which Sea will stick it out will be Brazil, where revenue rose by 270% year-on-year in the second quarter. Like Indonesia, Brazil is colossal and competitive, but with enough low-hanging fruit to make it worthwhile for Sea to stay the course.

Meanwhile, Sea is laying off staff in many of its key markets in an effort to cut costs, while top management including CEO Forrest Li have promised to forego their salaries until the company “reaches self-sufficiency.” According to Bloomberg, about 3% of staff in Indonesia will be made redundant. “These changes are part of our ongoing efforts to optimize operating efficiency with the goal of achieving self-sufficiency across our business,” Sea said in an emailed-statement.

Looking ahead, e-commerce is a hard business to make profitable, something Amazon can attest to, and it could be years before Shopee – which still competes in many respects with subsidies – swings to the black. Shopee lost US$931.2 million in the second quarter, more than doubling the mammoth US$433.7 million loss a year earlier.

Fintech looks better for Sea. Revenue from Sea’s financial services unit rose 200% annually to US$279 million in the second quarter, while quarterly active users across SeaMoney products and services grew 53% from the year before to 52.7 million. Total payment volumes for the mobile wallet hit $US 5.7 billion in the April to June period, up 36% year-on-year.

Sea “benefited from expanding synergies between Shopee and SeaMoney as our underserved user base adopted more of our financial products and services, resulting in strong growth and narrowing losses at SeaMoney,” Li said in the earnings call.

In the long run, Sea will need to figure out how to capitalize on the synergies between Shopee and SeaMoney while reducing Shopee’s high cash burn.

More in this category: « Indonesia remains a magnet for fintech investment Assessing Bukalapak's fintech forays »
back to top