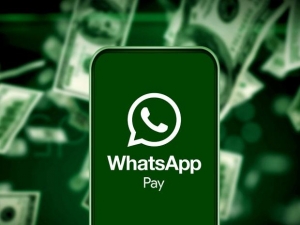 WhatsApp Pay's quandaries in Brazil and India are somewhat analagous. In both cases, regulators are circumspect about allowing Facebook to potentially dominate a budding digital payments sector. India is WhatsApp's largest market with more than 300 million users, more than 1/4 of the subcontinent's population. Brazil is the second largest market for WhatsApp,  boasting 120 million users in a country about 210 million: That's 57% of the Brazilian population. In theory, WhatsApp Pay could easily take Brazilian payments by storm.

“WhatsApp is heavily used there [in Brazil], both by people and small businesses,” Matt Idema, chief operating officer of WhatsApp, told Reuters in June. “We think we can help grow digital payments, help grow the digital economy with small businesses, and help support financial inclusion.”

WhatsApp's foray into Brazil is not a solo venture - its local partner Cielo, Brazil's largest credit and debit card operator, is processing payments. According to Reuters, the news of WhatsApp Pay's launch in Brazil helped Cielo's shares rise 30%. It was some much needed good news for Brazilian business as the country grappled with the truculent coronavirus.

The fact that WhatsApp Pay and Cielo are facilitating contactless payments should work in the U.S. company's favor. The pandemic has hit Brazil hard, paralyzing normal business activity. Its 2.4 million cases are the most in the world after the United States.

However, from a regulatory standpoint, there is a problem with Cielo too: It has a high share of Brazil's payments market. Coupled with WhatsApp's huge user base, it could stifle competition, Brazil's antitrust regulator Cade said in a statement on its website.

To ease the entry of WhatsApp Pay into Brazil, Facebook may need to assuage regulators' concerns about data security. In December 2019, Brazil’s Ministry of Justice fined Facebook Inc 6.6 million reais ($1.6 million) for improperly sharing user data. Data of 443,000 Brazilian Facebook users was reportedly made available to developers of an app called "thisisyourdigitallife" without their permission. The ministry said that Facebook failed to provide users with sufficient information about default privacy settings.

More in this category: « TransferWise is on a roll Why is Monzo struggling more than Revolut? »
back to top