Why is Sea Group in choppy waters? 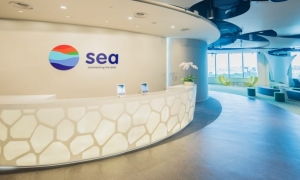 The honeymoon period is over for Southeast Asia’s platform companies, even the venerable Sea Group. While boasting a strong ecosystem Sea is still consistently losing money in two of its three divisions. Being bullish on Sea means believing that the profitable gaming arm Garena can carry Shopee and Sea Money indefinitely. Investors appear to be having their doubts, especially as Garena’s growth has slowed recently. Sea’s share price has fallen 63% in the past six months and 43% over the past year and is now trading at about US$127.

Sea’s stock gained 2300% in value from 2017 to 2021, helping the Tencent-backed firm to become Southeast Asia’s most valuable listed company and the best performing stock in the world at one point in 2020. It seemed that Sea could only go in one direction: up.

Yet Sea has lost US$150 billion in market capitalization since late 2021 and is starting to struggle in some international markets. Kapronasia noted several times in 2021 that Sea’s push into some distant markets was probably premature – The company already has its hands full in Southeast Asia – and fraught with risk. As it turns out, Sea’s European sojourn is coming to an end rather abruptly. Shopee exited France on March 6. We will not be surprised if Spain and Poland are next.

Winding down the European foray would make sense for Sea, and should not affect its long-term prospects, but its position in India is more concerning. There, the company sees big potential, and with good reason. India is a large Asian emerging market, where demand for Sea’s three key services is growing robustly.

Unfortunately for Sea, India abruptly banned its ultra-popular Free Fire game in February along with 53 other “Chinese applications” over national security concerns. While Sea is based in Singapore, Tencent’s 18.7% stake in the company (which has been reduced considerably following the Chinese firm’s sale of US$3 billion of its Sea shares in January) may have caused concern in New Delhi given political tension between China and India. For its part, the Singaporean government said in early March that it hoped the ban could be “resolved quickly.”

According to a March Bloomberg report, after Free Fire was banned in India, Sea co-founder Gang Ye, who supervises government relations, traveled to the subcontinent and met Union Home Secretary Ajay Bhalla. New Delhi probably will not to reverse the Free Fire ban, though Shopee will likely remain available in India, though it probably won’t block Shopee, the report said.

Sea’s declining share price may also reflect investor dissatisfaction with the Singaporean company’s tendency to hold its cards close to its chest. That will probably have to change if Sea expects to thrive in the future, and there are signs that the company is embracing greater transparency. In a recent earnings call, Sea provided investors with its first annual guidance for  SeaMoney and unit economics for Shopee in Brazil, Southeast Asia and Taiwan.

Looking ahead, it would behove Sea to focus on a handful of key markets and not burn cash on costly and unnecessary international expansion. It is unlikely that Sea has the resources needed to simultaneously develop thriving vertically integrated businesses in Southeast Asia, India, Latin America and Europe.

It will be necessary to pick and choose. Case in point: Sea often talks about the importance of Indonesia to its business. It bought Bank BKE and converted the incumbent lender into a digibank. Yet both Grab and GoTo are also focused on Indonesia. GoTo will soon list on the Indonesia Stock Exchange and be able to raise cash as cheaply as Sea can. GoTo is laser focused on its home market of Indonesia, especially digital financial services.

At the same time, Sea has always been among the strongest of Southeast Asia’s platform companies because its ecosystem has three solid pillars – one which has been profitable for a while – and is free of superfluous features. It is easier to be optimistic about the long-term prospects of a gaming/e-commerce/fintech triumvirate than a company that still depends heavily on businesses like ride hailing and food delivery. Sea just needs to keep its eye on the ball and stop swinging for the fences.

More in this category: « Pakistan could become a big fintech market Pakistan’s fintech sector is heating up »
back to top