Why is challenger bank N26 not concerned about profitability? 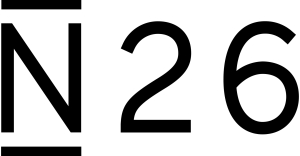 Fintech investors think big. Armed with heavy warchests, they seek out the noblest of disruptors - startups with a shot at redefining the rules of banking. Profitability is not the first order of business - or even the second one. As long as the idea is attractive and scaleable, losing money for a while is fine, perhaps even a given. It's a small price to pay if one of those neobanks ends up "democratizing banking."

To be sure, investors expect fintechs they back to eventually reach the black, but when is anyone's guess. It's a bit like trying to predict when the United States and China will reach a trade deal. With that in mind, we shouldn't be surprised that the founder of N26, Europe's most valuable challenger bank, recently said that profitability is not a core metric for his company. Yes, this is a privately-held (not state-owned) bank that seemingly shrugs at turning a profit. And it just so happens to have a valuation of $3.5 billion.

Why is N26 so confident? It helps to have backers like maverick investor and PayPal co-founder Peter Thiel, who made $1 billion from the $500,000 he put into Facebook - he was the social network's first outside investor. Besides Thiel, N26 has big-name investors like Hong Kong billionaire Li Ka-shing, Tencent, Allianz X and Insight Partners.

In its latest round of funding, N26 raised $470 million. To date, the firm has raised more than $670 million. At present, N26 has over 3.5 million customers in 24 European markets. The company’s monthly transaction volume is roughly €2 billion.

In July, The Financial Times reported that N26 had attracted more than 200,000 UK customers since its launch in that country last October. In the U.S., there are 100,000 people on a wait-list for its checking account, according to the report.

Playing down the importance of profitability to N26, CEO Maximilian Tayenthal told The Financial Times. "The good news is we have a lot of investors that have very deep pockets and that share our deep vision and that are willing to support the company over many years to come."

It isn't clear which "deep vision" Tayenthal is describing. Like other successful neobanks, N26 offers a suite of mobile banking services tailored for millennials. The company has quickly (in just three years) accumulated a large customer base. We can assume its investors are currently happy to burn cash on customer acquisition, and that its lack of physical infrastructure keeps its costs well below those of a traditional bank. However, the accuracy of the company's valuation - and its future growth potential - still depend on N26 acheiving strong earnings per user.

“N26 has very strong contribution margins on each customer, which are rapidly getting even better — that’s why investors are so eager to invest," Andrew McCormack, partner at Valar Ventures, told CNBC in July.

Yet there is a risk that N26's customer acquisition costs will become exorbitant relative to earnings per user. That risk increases as the firm charges into one new market after the next. Rather than focusing on Europe, N26 is pushing into both the United States and Brazil. N26 is bound to face mounting competition in major markets from both other challenger banks (Monzo and Revolut plan to launch in North America) and traditional banks. At that point, subsidies (such as cash-back schemes) become more crucial to rapid user acquisition. After a while, the costs could add up for N26.

More in this category: « Are the UK's challenger bank unicorns overvalued? How Estonia discovered its digital identity »
back to top