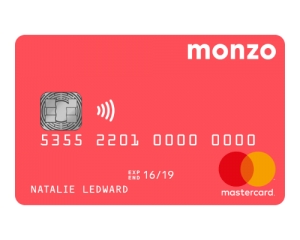 Neobank valuations have long seemed inflated given how few of the banks are profitable. Now the £2 billion valuation of loss-making UK challenger bank Monzo could be adjusted downward as its business slows amid the global economic downturn. Monzo is considered one of Europe's top challenger banks along with Revolut and N26. In mid-May, The Financial Times reported that Monzo is close to reaching a deal with investors that would value it at roughly £1.25 billion, a 40% decrease from the £2 billion valuation it achieved in June 2019.

Warning bells should be ringing here. Let's keep in mind that during normal economic times, Monzo's balance sheet was troubled. In its 2018 fiscal year, Monzo's losses surged 54% to £47.2 million. The UK challenger bank's response to that was to draw up more ambitious expansion plans, including a £20 million marketing budget. The company defended the lavish spending as necessary to secure its future growth trajectory.

Co-founder Tom Blomfield told The Financial Times in June 2019 that Monzo could indeed pursue a more economical growth strategy, but doing so would not be in its interest. Less global expansion and hiring "would adjust the trajectory towards higher profitability much faster but I think it would damage the long-term value of the company," he said.

Blomfield and his backers cannot be blamed for failing to foresee a devastating pandemic. But the devil-may-care attitude towards profitability ensured that Monzo was ill-prepared for a sudden catastrophic event.

Monzo now reportedly plans to raise an additional £70 million to £80 million from investors to ride out the current downturn. That would shore up its finances through the second half of next year. At that point, the company expects to be closer to profitability.

Yet it is unclear how Monzo can achieve profitability without adjusting its growth-first strategy. The company remains focused on costly international expansion. In April it applied for a U.S. banking license. The process to obtain the license could take several years. Monzo currently offers a basic checking account and debit card through in the U.S. through its partner, Ohio-based Sutton Bank. Some of the features it offers in the UK are available to U.S. customers, including instant spending notifications and the ability to use its app to freeze and unfreeze a card.

Monzo's executives believe that the company's banking license may be approved relatively quickly in the U.S. because Monzo has already operated as a licensed bank in the U.K for three years.