When will Starling Bank reach profitability? 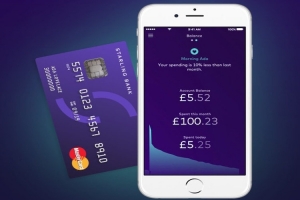 The UK's Starling Bank is that rare neobank that espouses an interest in profitability. Who would have guessed in the wake of the 2008-09 global financial crisis, when fintech was in its naissance, that the banks of the future wouldn't worry about making money? Starling though remains of a more traditional mindset than its contemporaries Revolut, Monzo and N26. That can be attributed in part to its founder Anne Boden, a banking veteran who previously worked at Lloyds, Standard Chartered, AON Corporation, UBS, ABN AMRO and RBS. In May, Starling closed a £40 million fundraising round led by current investors JTC and Merian Chrysalis Investment Company Limited.

In a January blog post, Boden said, "It doesn’t matter how many customers you have if you haven’t figured out how to be profitable and are spending huge amounts servicing unprofitable accounts. What matters is how people are using your bank." Words for the wise.

In contrast to other European neobanks, Starling hasn't tried to build scale rapidly through international expansion. Instead, it has focused on serving its home market of the UK first. That strategy has borne fruit. Starling has grown steadily since its founding in 2014. It now has more than 1.4 million accounts and raised a total of £363 million (about $US446 million). Its deposit base reportedly rose to £2.4 billion between Nov. 2019 and May 2020.

Starling had been on track to reach profitability in late 2020 and have its fully profitable year in 2021 before the pandemic struck. As of January, average annualized revenue was £40 per active account with an annualized revenue run rate of £30 million.

“What coronavirus has done is stress all of our businesses,” Boden told Wired in May. However, since Starling is not dependent as its counterparts on international transactions, the impact has not been as pronounced.

Starling's focus on small businesses could be a winning strategy, especially in this time of economic distress. Starling currently has about a 2.6% share of the UK's SME banking market. During the pandemic, Starling has participated in two key UK government-backed relief programs for small businesses, the Coronavirus Business Interruption Loan Scheme (CBILS) and the Bounce Back Loan Scheme (BBLS).

In late June, Starling announced it would partner with health insurer Equipsme, distributing that firm's products through the Starling Marketplace to its 177,000 SME customers. Starling now has 26 third-party service providers, including workplace messaging app Slack and energy switching service Bionic.

More in this category: « How has Brazil's Nubank amassed 25 million customers? What went wrong at Wirecard? »
back to top