What went wrong at Wirecard? 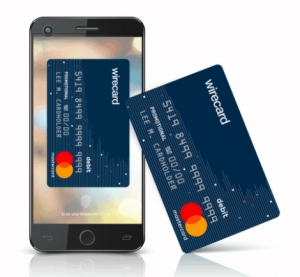 It was only a matter of time before an erstwhile high-flying fintech crashed amid the pandemic-induced downturn. After all, what goes up always comes down. What surprises us is that the insolvent party is not a unicorn with an inflated valuation in private markets, but a listed company founded in 1999: Germany's Wirecard. One would think that Wirecard would be able to manage the basics of banking and not cook the books. Unfortunately, creative accounting looks like the only explanation for how Wirecard "misplaced" US$2 billion that probably did not exist in the first place.

Wirecard allegedly used third parties to make itself appear much larger than it actually was. So much for its surging online payments business.

According to The Financial Times, Wirecard relied on a small group of customers for the bulk of its real sales. The genuine clients included UK neobanks Monzo and Starling, the budget Hungarian airline Wizz Air and Marathan Alderney, the parent of online gaming site Marathon Bet. Monzo, Starling and Wizz Air have since parted ways with Wirecard - and not a moment too soon.

FT reviewed an internal company document of Wirecard sales in the first half of 2017 with a total just half as large as what Wirecard reported for that period. The remaining 50% may have been fabricated, according to the FT's investigation and a special audit done by KPMG. Key revenue drivers for Wirecard were the adult entertainment and gambling industries.

In the UK, the Financial Conduct Authority moved to freeze Wirecard's operations, barring it from disposing of assets or funds. That move had some unpleasant knock-on effects for the consumers and businesses using Wirecard's services. UK Wirecard clients have been unable to use their cards or access funds frozen in accounts that run on the insolvent German firm's payments technology.

Curve, which offers a card that lets customers spend from different bank accounts, confirmed in late June that the temporary suspension of all transactions and money transfer services through its cards. Curve reportedly has about 500,000 customers.

Wirecard's implosion could make the going tougher for other fintechs, especially those that have scoffed at profitability and lionized user numbers. The opacity of the valuations and balance sheets of some of the large neobanks could come under heightened scrutiny. At a minimum, pressure to build a profitable business will grow for many of these firms.

No matter how slick their technology, fintechs lack the customer trust that banks have built up over decades, if not centuries. It was never going to be easy for the upstarts to edge out incumbents in that area. Thanks to Wirecard, fintechs now must work harder to earn that trust.

Tags:
More in this category: « When will Starling Bank reach profitability? TransferWise is on a roll »
back to top
© 2007 - 2021 Kapronasia