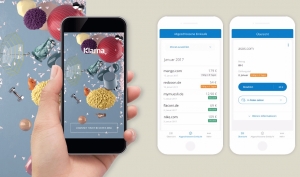 In addition to its long history of profitability, Klarna also has quite a few users: 12 million monthly active users globally and 55,000 daily downloads. The closest competitor only achieves 1/3 as many downloads, Klarna says.

Unlike most neobanks, Klarna's core service has long been a moneymaker. Klarna is one of the "buy now, pay later" pioneers of the digital age, offering interest-free loans in everything but name. Using Klarna, shoppers can pay for products they purchase online later in the month or in installments, interest free. Klarna has made this business profitable by charging retailers each time its service is used to buy their products. Retailers like H&M are willing to pay the fee because Klarna increases their online sales while taking on the credit risk. Retailers receive the funds or shopper purchases up front in full.

Compared to Revolut, Europe's second most valuable fintech unicorn, Klarna's expansion strategy has been far more conservative. Klarna, a 15-year-old company, operates in 15 countries, 13 in Europe as well as Australia and the U.S. And it was that costly expansion to the U.S. that caused Klarna to fall into the red for the time ever, posting a US$93 million loss, compared to a US$10 million profit in 2018.

Five-year-old Revolut, meanwhile, keeps expanding to new markets even as its losses skyrocket. Revolut's losses tripled to £106.5 million ($139.6 million) in FY 2019, from £32.9 million in 2018. The solution to the problem, naturally, is further expansion. In September, Revolut launched in Japan, the company's 17th market and third in Asia Pacific after Australia and Singapore.

To be sure, Klarna is facing problems of its own, but they're not existential. For instance, amid the downturn, credit losses that incur when a customer fails to pay back a loan nearly doubled to 1.2 billion krona (US$137 million) in the first half of the year. Yet those losses accounted for just 0.6% of sales volume, Klarna says.

At the same time, the pandemic will likely boost Klarna's business in the long term. This holds especially true in the U.S., the country hit worst by covid, where the shift to online retail may be more pronounced than elsewhere. To meet rising demand in the U.S., Klarna added an additional 35,000 retailers to its network in the first half of the year, among them Ralph Lauren, Groupon and Sephora.

Earlier in the year, Ant Group took an undisclosed minority stake in Klarna, reportedly below 1%. That deal is likely focused on Klarna's partnership with AliExpress, Alibaba's global online marketplace.

More in this category: « Nubank lost US$17 million in H1, but it's not worried Is Chime a neobank or a software company? »
back to top