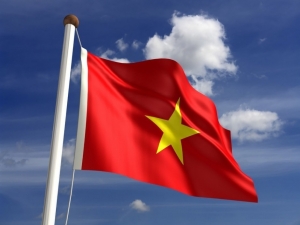 Vietnam is one of the last major markets in the Asean region where fintech remains at a relatively nascent stage. The payments segment accounts for the lion’s share of fintech investment, a whopping 93% as of late 2021, according to Statista. There have been several key investments in that segment of late, as well one in retail investing.

The most noteworthy recent investment in Vietnam’s fintech sector is MoMo’s Series E round that closed in December and raised US$200 million. That deal made MoMo a unicorn and gave it a much-needed new capital injection as it faces off against dozens of competitors. Japanese bank Mizuho put up the lion’s share of the cash – US$170 million – giving it a 7.5% stake in the company and bringing MoMo’s valuation to US$2.27 billion.

Momo is likely to burn a lot of that capital as it tries to grow its user base from an already impressive 31 million, which is almost 1/3 of the population of Vietnam. MoMo says that its revenue almost doubled in 2021 though it saw sharp drops in movie ticket and travel service sales as Vietnam imposed strict lockdowns in its battle against coronavirus variants.

The challenge for MoMo and other e-wallet providers such as Goldman Sachs-backed ZaloPay, Grab's Moca and Softbank-backed VNPay will be to turn a profit from a sector in which transactions remain of low value and are unprofitable for payments providers. A recent Statista survey is instructive. Conducted last year, it forecast the typical Vietnamese consumer to spend roughly US$74 with payment apps in 2021, compared to US$2,300 in China and US$2,031 in South Korea. Statista reckons that Vietnam’s payments transaction value will jump to US$26.4 billion by 2025 from US$11.6 billion in 2020. That is a fast pace of growth but consider the low starting point.

Other fintechs in Vietnam are tapping different, less hotly contested market segments. F88, a lender and insurance distributor, recently borrowed US$10 million via a senior secured loan facility from debt finance provider Lendable. F88 plans to use the loan to serve underserved market segments, so  unbanked and underbanked retail customers as well as MSMEs in need of credit. By the end of the year, the company plans to disburse US$500 million in funds.

Meanwhile, retail investing app Infina in early February raised an additional US$4 million in seed funding. Though digital stock trading is nascent in Vietnam, Infina aims to get in on the ground floor. According to Deal Street Asia, Vietnam registered 1.3 million new stock trading accounts last year, thrice the number in 2020. The country is also estimated to have about 6 million crypto and NFT investors.