The evolution of P2P lending in Indonesia 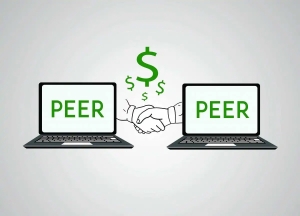 Indonesia is gradually turning into a success story for peer-to-peer (P2P) lending, which is able to meet demand for credit that traditional lenders cannot. In the past few years overall lending by fintechs has been growing much faster than that of banks in Southeast Asia’s largest economy, according to the Indonesian Joint Funding Fintech Association (AFPI).

The non-retail segment is a key driver of credit demand in Indonesia. The World Bank estimates that Indonesia has MSME credit demand of RP 2.6 quadrillion, but banks and other incumbent financial institutions only provide about 1 RP quadrillion, or 38% of actual financing needs.

AFPI director Kuseryansyah noted during a September event in Jakarta that in 2021, about RP 155 trillion of financing demand was met, or less than 10% of the shortfall. “This is what causes this industry to thrive because the demand is high,” he said.

At the same time, Munawar Kasan, the deputy director of fintech regulation, research, and development at the Financial Services Authority (OJK), noted that the P2P lending sector continues to successfully attract customer funding to support its growth. The OJK estimates that there were 87.29 million user accounts as of July 2022. “That means tens of millions of people transact or borrow money for business or consumptive activities,” Munawar said.

At the same time, Indonesian regulators are steadily implementing regulations for the industry to crack down on malfeasance while promoting healthy growth. In July, the OJK set a minimum capital requirement for lenders at a 25 billion rupiah ($1.67 million), up from 1 billion rupiah previously, with an additional demand to maintain at least 12.5 billion rupiah of equity at all times.

Legitimate P2P lenders registered in the country are much less of an issue than foreign online lenders engaging in predatory practices. Some of these lenders are bad actors from China that can no longer operate with confidence in their home market since Beijing set its sights on eradicating the industry, so they are instead looking to take advantage of unsuspecting individuals or businesses in Indonesia. Some of these so-called "ghost" online lenders have not had physical offices and used aggressive debt-retrieval practices, such as calling the families and colleagues of clients.

More in this category: « Assessing Bukalapak's fintech forays Fintech may not work out for Xiaomi »
back to top