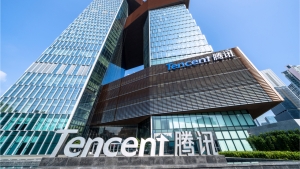 Like its rival Alibaba, Tencent has developed a large portfolio of overseas fintech investments. Many of these are strategic bets on rising Big Fintech players, like Voyager Innovations in the Philippines, Sea Group in Singapore and Airwallex in Hong Kong via Australia. However, until recently, there has been nothing that clearly links these different companies in Tencent’s fintech ecosystem. The Shenzhen-based company intends to change that with the launch of Tenpay Global and Tenpay Global Remittances.

We can think of Tenpay Global and Tenpay Global Remittances as Tencent’s answer to Alipay +, which is to say a rebranding campaign for existing services with a few tweaks here and there.  According to Tencent, Tenpay Global consolidates a suite of business and consumer cross-border payment products and solutions to serve different customer segments, including e-commerce platforms, global corporate and individual customers and personal remittances.

Tenpay Global Remittances, meanwhile, will allow users of WeChat (called Weixin in China) on the Chinese mainland to receive remittances directly to their WeChat wallet. This sounds like more of an add-on that something brand new, and Tencent says in its press release that the “new feature builds on the existing remittance service available through the Weixin-bundled bank card.”

Tencent’s financial arm will continue to partner with various global fintech firms as it grows its cross-border payment services. Some of the money transfer firms it counts as its partners are Wise, Remitly, E9Pay, Debunk Remit, Panda Remit, Paysend and WireBarley. Unsurprisingly, to attract users of the remittance service, Tencent and its partners will hand out subsidies; they call it an “incentive program.” This sounds a lot like what Alipay+ and its payments partners are doing.

One of the limitations of Tencent’s cross-border payments business will be something over which it has no control: China’s capital controls. While China is a huge remittance market, second only to India globally, it is a pity that Tenpay Global Remittances does not yet have an opportunity to build alternative rails for outbound payments. In a nutshell, the money can only go one way for now: into China.

What Tencent can do is partner with firms that are licensed to handle outbound cross-border payments, though this is obviously less optimal than being able to directly process the payments itself. To that end, earlier this year, Tencent invested in Easy Transfer, a startup that aims to make tuition payments less stressful for hundreds of thousands of overseas Chinese students.

Tony Gao, founder and CEO of Easy Transfer, told TechCrunch that the internet giant now owns about 5% of his company. Easy Transfer itself doesn’t handle transactions directly; instead, it works with financial institutions with cross-border payments licenses in China.

More in this category: « Will the global tech slump affect Revolut’s prospects in APAC? MUFG bets big on fintech »
back to top