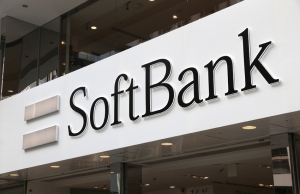 SoftBank has not been weathering the downturn in tech stocks and general rising investor skepticism towards growth-first startups especially well. In the second quarter, the company lost a record US$23 billion, prompting CEO Masayoshi Son to engage in some candid self-reflection. He described himself as becoming “somewhat delirious” during the apex of SoftBank’s startup funding binge when the investments were paying off big and says he is now “embarrassed and remorseful.” Nevertheless, some of SoftBank’s Asia fintech investments – which include several big players in the region – could still pay off in the long run.

The most prominent Asian fintech in SoftBank’s portfolio is India’s Paytm, the country’s most celebrated digital financial startup. After selling a small portion of its stake in Paytm after the company’s November 2021 IPO, SoftBank retains an US$800 million investment in the firm according to its FY2022 annual report, is 42% less than the US$1.4 billion it originally invested.

One of the conditions for Paytm receiving the SoftBank investment was to go public within five years. Technically, the Indian fintech giant could have waited until 2024. The problem was that Paytm felt clear pressure from investors for a viable exit sooner rather than later. In hindsight, Paytm and its backers probably misjudged the inauspiciousness of market conditions.

Nevertheless, SoftBank’s investment in Paytm may yet turn out to be a wise move. Its stock has risen 45% over the past three months, making it an outlier among fintechs. Though Paytm lost 644 billion rupees (US$81 million) in the first quarter of FY2023, the company says it is on track to reach operating profitability by the second quarter of the fiscal year. It also may be in the running for a small finance bank (SFB) license in India that would allow it to offer all the same services traditional lenders do.

In February, SoftBank led a US$294 million funding round for Singapore-based Funding Societies, which says it is Southeast Asia’s biggest digital financing platform for small and medium-sized firms. The company, which also operates in Indonesia, Malaysia, Thailand and Vietnam, has disbursed over $2 billion to date in loans to MSMEs. That MSMEs are underserved in all of those markets and there is high demand for business-centric credit solutions across Southeast Asia augur well for Funding Societies.

SoftBank has also invested in other prominent Indian fintech startups, including the banking and credit technology unicorn Zeta, which has a valuation of US$1.5 billion and has raised US$280 million overall from investors. In March, Zeta inked a deal with Mastercard that will target issuance of cards that could lead to up to US$60 billion in purchase volume over the next five years.

Online insurance marketplace Policybazaar is another prominent SoftBank India fintech investment. Though shares of its parent company company’s PB Fintech Ltd surged almost 23% in the firm’s debut on the India Stock Exchange last November which raised about 57 billion rupees (US$761 million), the stock has since lost more than 54% of its value and is trading at around 553 rupees. Nevertheless, according to SoftBank’s FY2022 report, its investment in PolicyBazaar saw a cumulative gain of $300 million in FY21-22.

More in this category: « Revolut is not slowing down in APAC Meta struggles to cash in on Asia’s fintech boom »
back to top