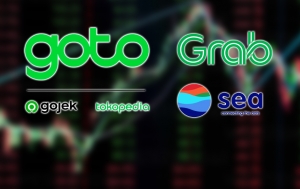 Southeast Asia’s preeminent platform companies have all bet big on fintech to boost their fortunes and lift them from the red into the black. It is a great idea in theory, but challenging to execute in practice. Competition is intense in the region and the super apps have to compete against pure-play fintechs and others not weighed down by unprofitable units that have nothing or very little to do with financial services. The super app concept only works if there is sufficient synergy among the different services provided by the platform company.

Let’s start with Sea Group, which once appeared to have the ideal tripartite ecosystem of gaming, e-commerce and digital financial services. That might still prove to be true, but only if Sea can stop bleeding cash so profusely. In the second quarter, Sea Group’s net loss grew 77% from a year ago to US$569.8 million while its expenses rose 52.3%. Though gross profits grew 17.1% to US$1.1 billion, earnings were flat on a sequential basis.

The happiest part of Sea’s second quarter story was that its fintech unit Sea Money recorded a 214.4% annual increase in revenue, reaching US$279 million, with user numbers climbing and stronger integration of SeaMoney and Shopee. The idea of linking up SeaMoney and Shopee is smart, but it will not bear fruit unless Shopee itself can reduce its cash burn. And that will not be easy. It is very difficult to make Shopee profitable in the hyper-competitive markets in which it operates, and Sea has suspended e-commerce guidance for the rest of the year.

Worse yet, Sea’s gaming unit Garena is running out of gas, as the pandemic-driven gaming boom dissipates. With that cash flow drying up, things are going to get worse for Sea before they get better. There could be implications for the company’s digital banking ventures in Singapore, Malaysia and Indonesia if it cannot turn things around. If Sea appears to be financially distressed, that will not sit well with strict regulatory standards for digital bank balance sheets.

For its part, Grab had a better overall second quarter than Sea, narrowing its loss to US$547 million and reaching a record revenue of US$321 million. Grab seems to be having some success cutting costs.

Meanwhile, at the end of August, Grab and Singtel launched their long-anticipated digital banking venture in Singapore, GXS Bank. GXS will offer daily interest deposits of up to 1.58% per annum and will have no requirement for minimum deposits. GXS reckons it has a potential market of 3 million customers in the city-state, where the population is already very well banked. We shall see if the GXS strategy of targeting the Gen Z demographic bears fruit.

Finally, Indonesia’s GoTo has an advantage over both Grab and Sea in its enormous home market. GoTo has ditched the gung-ho international expansion that it flirted with in its earlier years and is instead making an all-out effort to build market share at home.

When it comes to fintech, GoTo is having clear success with Bank Jago in which Gojek holds a 22% stake. In the first half of the year, Bank Jago recorded a net profit of 29 billion rupiah ($1.93 million), a significant improvement over a loss of 47 billion rupiah ($3.14 million) in the same period last year.

Bank Jago has performed well thanks to GoTo’s collaboration with Indonesian fintechs and other financial services firms. Of three super apps active in Indonesia, GoTo has the largest network of local partners.

Nevertheless, like its competitors, profitability for GoTo overall remains elusive. In the second quarter, it lost 4.14 trillion rupiah, compared to 3.9 trillion rupiah a year earlier.

More in this category: « Pakistan’s fintech market is having a busy Q3 Indonesia remains a magnet for fintech investment »
back to top