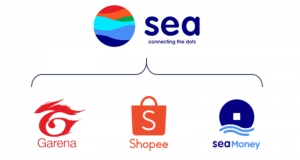 Sea Group’s share price has tanked over the past six months, falling 75% to roughly US$78. The company has underperformed in many respects, even in its profitable gaming unit Garena. As Garena’s growth slows, Sea will have even more trouble financing its unprofitable e-commerce and fintech units, unless the company finds a way to reduce costs. Yet it continues to expand aggressively in regions far from home, with Latin America a key area of focus.

Sea’s expansion to Latin America began several years ago in Brazil and that country remains the most important one for the Singaporean company in the region. Sea reckons it can use a similar strategy in Brazil to Southeast Asia, by bringing customers onboard its e-commerce platform Shopee and then through that platform gradually offer them fintech services.

With that in mind, Shopee reportedly received authorization in early May form Brazil's central bank to operate as a payment institution, able to manage prepaid payment accounts, in which funds must be previously deposited. It is not a license to bank, but Sea will undoubtedly want to move in that direction, as that is where the profitability lies, not in subsidizing e-commerce customers.

To be sure, Shopee has had success in Brazil’s e-commerce market if the metric is user engagement. Within two years of its launch in Brazil (August 2021), Shopee had become Brazil's most-downloaded shopping app. Reuters described the Singaporean company’s strategy as “a game-changing approach to e-commerce,” in-app mini-games offering coupons to winning users. That sounds an awful lot like customer subsidies, just offered through an in-app game. We would hesitate to call it “game-changing” as Shopee continues to lose money in Brazil due to the high cost of this business model.

It is very hard for e-commerce to be profitable unto itself, especially in this current market environment with supply chains snarled pandemic and geopolitical disruptions. The margins just are not there. Where Sea could turn things around would be with the acquisition of a banking license in Brazil. Though the digibanking market is competitive there, there is still a lot of low-hanging fruit and Sea could tap Shopee’s large customer base in the country.

The trouble is that Sea has also expanded to Mexico, Colombia and Chile, not to mention a few European countries and India, and of course it has a large business in Southeast Asia to which it must attend. It is unlikely investors will reward Sea for continuing to burn cash on fruitless forays, and there is no way that the company can be successful in a market as competitive as Brazil without devoting adequate time, resources and money.

Though Sea beat earnings expectations in the first quarter, it still lost a staggering US$579.8 million, compared to a loss of US$422.7 million during the same period a year ago. All those subsidies really add up.

More in this category: « Pakistan’s fintech sector is heating up Asia could be headed for a fintech funding slowdown »
back to top