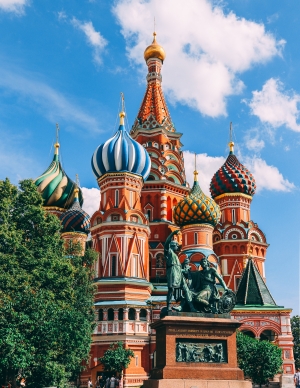 Even seasoned fintech observers are sometimes surprised to learn that the world's largest independent virtual bank by customers is not in China, India or anywhere in Asia-Pacific for that matter. Rather, it's in Russia, which despite being the world's largest nation by landmass is one of its least populous with just 145 million people. Founded in 2006 as a branchless credit card issuer, Russia's Tinkoff Bank has 8-10 million customers (depending whom you ask), which even at the lower end is more than any other independent digital bank.

With its former command economy, Russia has a heavily centralized banking sector dominated by state-owned giants. Tinkoff is an outlier, with a business model similar to a Western European or American challenger bank. Unencumbered by physical branches, Tinkoff aims to rapidly accumulate customers while incurring fewer costs than a traditional bank.

Tinkoff listed on the London Stock Exchange in 2013, raising more than US$1 billion. In late October, its shares began trading on the Moscow Stock Exchange. The Cyprus-domiciled firm aims to take advantage of rising retail banking investment in Russia, and could raise up to US$200 million from investment funds focused on the Russia market, analysts say.

What separates Tinkoff from most of its U.S. and European counterparts is its balance sheet: The Russian challenger bank is profitable. In the past five years, as retail loans have surged in Russia, Tinkoff has benefited considerably. During that period the overall stock of retail loans in Russia rose from 10.6 to 16.3 trillion rubles ($260 billion), according to Russia Business Today. Tinkoff's loan book is expected to grow by more than 60% this year. That surge in lending growth will help profits reach a record 35 billion rubles ($550 million) this year, up from 27 billion Russian rubles ($407 million) a year earlier, the company says.

CEO Oliver Hughes is bullish about Tinkoff's customer acquisition potential. Provided that there is no major "external shock" in the near term, he expects Tinkoff to more than double customer numbers to 20 million within three years.

Tinkoff may well achieve its target on the back of a strategy of business diversification. From early on, Tinkoff has endeavored to build a cloud-based financial ecosystem providing a full range of digital banking services to both individuals and corporates. It rapidly evolved from an alternative credit card issuer to a provider of current accounts, loans and mortgages as well as investment, savings and insurance products.

More recently, Tinkoff has invested considerable sums in next-generation technologies such as artificial intelligence, blockchain and biometrics and has expanded its business to cover travel, ticketing and booking services.

Highlighting the company's strong 2018 results, Tinkoff CEO told NS Banking, "that that if you have the right business model, the right brand, the right team and can execute, Russia is a great market to be in – despite how it may sometimes look from the outside.”

Tags:
More in this category: « How has Transferwise managed to become profitable? How did Brazil's Nubank become Latin America's largest fintech? »
back to top