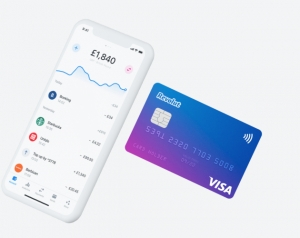 To be sure, there was ample good news in Revolut's annual report. Revenue reached £163 million, an almost threefold expansion from £58 million in 2018. Retail customers grew to 10 million from 3.5 million. Customer deposits reached £2.3 billion, up from £890 million a year earlier.

However, Revolut's pre-paid debit cards, popular with globetrotting travelers for their favorable FX rates, accounted for almost two-thirds of that revenue. The pandemic has put the brakes on international travel indefinitely, and Revolut's revenue from those cards has fallen in tandem. It could be years before air travel recovers to pre-pandemic levels, while the future of business travel is an open question. Some companies may find they prefer the cost savings of virtual meetings.

If Revolut can shift gears and find new revenue drivers, it will be less dependent on the transaction fees from the pre-paid cards. There are some encouraging signs. The company has introduced stock and cryptocurrency trading. Its banking operations in Lithuania are now in full swing. Revolut plans to expand its banking footprint in central and Eastern Europe, apply for a banking license in the UK and develop lending products for the French market.

Unlike its counterpart Monzo, whose annual report contained some ominous messaging, Revolut remains sanguine about its future prospects. Martin Gilbert, Revolut's non-executive chairman and formerly of Aberdeen Asset Management and Standard Life Aberdeen, told the Financial Times that Revolut has "enough capital to complete the journey and continue to expand the business.”

Even in a digital banking world, cash is king. And Revolut has plenty, having raised more than US$916 million in total. This year alone, it has raised US$580 million in a mammoth extended Series D funding round.

With its large war chest, Revolut can likely weather a shaky global economy for some time. Perhaps it's defying the pandemic and continuing to sign up new users at a rapid clip. Korea's Kakao Bank has pulled off that feat, posting record earnings in the second quarter.

Kakao Bank is different from Revolut in key ways though. Kakao has focused on the domestic Korean market, eschewing the cash burn of global expansion, while the ubiquity of its messaging app in Korea has allowed it to rapidly build its customer base at a minimal cost.

In contrast, Revolut has gone big in every way, under the assumption that the approach will deliver a handsome payoff for the neobank and its investors.

In a recent LinkedIn post, Chad West, Revolut's director of marketing and communications, noted that Amazon took 14 years to reach profitability, Spotify 10, Airbnb eight and Facebook five. "And yet fintech companies are expected to make a profit in four years?" he wrote, adding that regulations and licensing requirements may put them at a disadvantage.

If Revout's forecast is correct, the UK neobank will be profitable by year-end, so that's five years from its founding in 2015.

More in this category: « Can Vodacom and Alipay build a super app for South Africa? N26 remains focused on user numbers, not profitability »
back to top