Revolut is still swinging for the fences 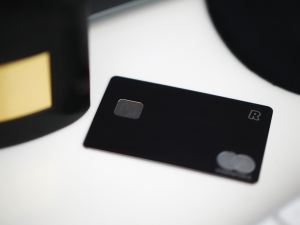 UK challenger bank Revolut has managed an impressive feat. Despite racking up huge losses, the company has convinced investors to support a costly global expansion campaign that will eventually give it a presence in every continent but Antarctica. Revolut's losses doubled to £32.8 million in 2018 even as revenue grew more than 350%. In 2019, Revolut expanded to Singapore and Australia and increased its user base to 8 million.

According to documents cited by Fintech Futures, Revolut's current fundraising round closing in January is expected to bring the company's valuation to over US$5 billion, almost triple its current valuation of US$1.8 billion. The leading backer of the round is Technology Crossover Ventures (TCV), which has invested in Netflix, Airbnb and Spotify. In January 2019, TCV raised a $3 billion fund dedicated to fast-growing tech companies like Revolut.

For a company burning cash like Revolut, which has not demonstrated a clear path to profitability, a US$5 billion valuation may seem high. And that's actually just half of what Revolut CEO Nikolay Storonsky has targeted. Storonsky said in October 2019 that the company hoped "in time to surpass a US$10 billion valuation." Some sources expect Revolut will surpass US$5 billion in this current funding round. According to Payments Source, the UK challenger bank will raise enough from investors to reach a US$7-US$8 billion valuation.

In an October Linkedin post, Envizage founder Vinay Jayaram estimated that to justify a US$10 billion valuation, with a price-to-earnings ratio of 20, Revolut would have to be earning US$500 million in net income. In 2018, Revolut earned about US$76 million in revenue, but still racked up heavy losses. It is unsurprising that Jayaram wrote, "The assumptions you’d have to believe to make this valuation work are pretty astonishing."

Even if Revolut is valued at US$5 billion, per Jayaram's reasoning it would still need a significant amount of net income for that valuation to be accurate.

The numbers just don't add up for a multibillion dollar valuation. In an October blog post about sky-high valuations of challenger banks, fintech commentator Chris Skinner wrote that there are "no rational valuations out there today." He added: "For those young firms saying that profit is not part of their core metrics, you’ll need to get real one of these days."

More in this category: « Monzo set to raise another £50-100 million 2020 Top Ten Asia Fintech Trends #5: Australia gets ready for open banking »
back to top