Revolut is not slowing down in APAC 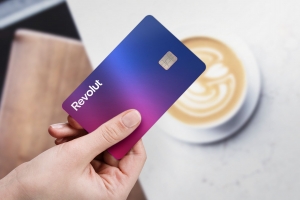 As fintech startups stare down the barrel of a dot-com-like crash, it is becoming clearer by the day that only the strong will survive. And the strong in this industry, where ironically (given this is financial services) being profitable has not been paramount, tend to have loads of cash to spend. The UK’s Revolut is one of those fintechs who really seems too big to fail, and that is why despite tough macroeconomic conditions the company is pushing full speed ahead into different Asia-Pacific markets including Singapore, Australia and India.

Revolut’s APAC expansion to date is a mixed bag. The company launched in Japan a while back with little fanfare. Thus far, it has been equally non-impactful in Singapore, where retail users are spoiled for choice when it comes to fintech services.

Revolut’s angle in the city-state appears to be, for now, to focus on crypto. We are not sure about that strategy. Though Revolut said in April it had it had received in-principle approval from the Monetary Authority of Singapore (MAS) to provide digital payment token services under the Major Payment Institution license, it is unclear how large a crypto market opportunity there will be in the city-state. The UK fintech unicorn also launched its crypto trading services in Singapore last week.

Australia could be a more a promising market for Revolut. Though the land Down Under has been a bit of a graveyard for neobanks, demand still exists for more competitive digital financial services than what the country’s major incumbent banks offer. And unlike the late Aussie neobanks, Revolut does not have funding problems. In February, the UK challenger bank was granted an Australian Credit License (ACL) by the Australian Securities and Investment Commission (ASIC), allowing it to start offering credit and lending products in the country. If Revolut succeeds in also getting an Authorized Deposit-Taking Institution (ADI) license, it will effectively be a digital bank in Australia.

India is the other APAC market where Revolut is aggressively expanding. In India, Revolut is returning to its roots with a focus on cross-border payments, as seen in the company’s recent strategic acquisition earlier this year of Indian international money transfer firm Arvog Forex for an undisclosed sum. This will allow Revolut to launch a cross-border remittances service for Indian customers, possibly before year-end.

It is easy to see why Revolut is interested in the Indian remittances market. The subcontinent is the world’s top receiver of remittances. The World Bank found that In 2021, despite pandemic-induced disruptions to the global economy, India’s remittances grew 4.6% annually to US$87 billion. Since sending money to India through traditional channels is usually pricey, Revolut has a significant market opportunity if it can offer cheaper services that are also faster and more convenient.

More in this category: « Is GoTo pulling ahead in Southeast Asia’s super app fintech race? Taking stock of SoftBank’s Asia fintech investments »
back to top