Pakistan's fintech sector could be an outlier in Asia this year 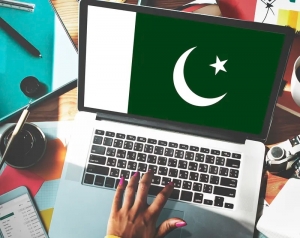 Fintech funding in Asia appears headed for a sharp slowdown amid an uncertain global economic outlook. However, Pakistan remains a bright spot in the region, benefiting from its extremely low baseline compared to the region’s other major emerging markets. Indeed, startup funding in Pakistan reached a record US$350 million in 2021, while in India it reached an all-time high of US$38.5 billion. In 2022, despite the shaky global economy, Pakistan may surpass last year’s record. As of May, Pakistani startups had already raised US$167 million.

In mid-June, the Pakistani B2B marketplace Dastgyr, which is sometimes called an e-commerce firm and other times a fintech, announced it had raised US$37 million in a Series A round, the highest amount ever for a Pakistani startup during that round of funding. Dastgyr provides B2B services – including payments and microloans – that connect retailers and suppliers in Pakistan. It says its “one-stop-shop application” Dastgyr gives businesses access to real-time visibility on pricing and financing rates. The company is known for serving mom-and-pop retailers but also has large corporate clients such as Coca-Cola and Nestle.

VEON Ventures, the corporate venture arm of the global digital operator VEON, led the Series A round with a US$15 million investment. VEON’s investment will allow Dastgyr to link up with the former’s mobile payments business JazzCash and its communications network. Jazz says it has a subscriber base of 75 million. Bringing together e-commerce, fintech and communications, VEON and Dastgyr aim to build a formidable digital services ecosystem. Digital financial services will be crucial to their cooperation. In fact, Jazz CEO Aamir Ibrahim said in a press release that the two companies intend “to catalyze growth in digital services in Pakistan. This would be further enhanced by the digital banking services that we have ambitions to provide."

Meanwhile, in May the State Bank of Pakistan (SBP) granted the UAE-based fintech YAP an in-principle approval (IPA) for an Electronic Money Institute (EMI) License. The YAP Pakistan app offers a suite of features, such as analytics and budget tools, card controls, easy money transfers, real-time notifications of purchases, virtual cards and more.

More in this category: « In Asia, US Big Tech is struggling with fintech Capital A regroups after failed bid for Malaysia digibanking license »
back to top