Pakistan’s fintech market is having a busy Q3 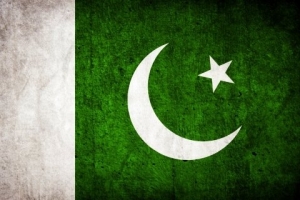 Pakistan continues to be one of Asia’s hottest fintech markets, buoyed by growing investor interest, one of the world’s largest unbanked populations and government support for digital finance-supported financial inclusion. Pakistan represents an exceptionally large opportunity for fintechs: Only 1% of its almost US$4 trillion of payments are made digitally. The past month has seen a number of notable deals that show the market is maintaining solid momentum despite a global economic slowdown and greater investor scrutiny in tech startups.

One of the key deals of the third quarter has been the US$17.6 million seed round of Dbank, a fintech with plans to become a digital retail bank. Sequoia Capital led the round, the largest of its type in Pakistan’s history.

There are some reasons for optimism about Dbank’s prospects. First of all, about half of Pakistan’s population of 221 million is unbanked. That is a lot of low-hanging fruit for an aspiring neobank. Second, Dbank’s leadership has the right type of background. Co-founder Tani Aidrus previously served as Special Assistant to the Prime Minister on Digital Pakistan before resigning in 2020, while the other co-founder Khurram Jamali is the former head of partnerships for payments in Google’s Next Billion User (NBU) markets.

Meanwhile, the Pakistani fintech OneLoad, which targets micro-retailers, recently raised US$11 million to fund a growth phase. OneLoad operates through its 40,000 agents and did about $100 million in transactions last year. The company wants to increase daily transaction to one million a day from the current level of up to 400,000.

Finally, Karachi-based Mahaana Wealth recently raised US$2.1 million from venture capital firms VEF AB and SparkLabs Group, as well as local insurer IGI Holdings. Mahaana will invet user funds in stocks and bonds, and plans to launch operations next month. It is targeting workers’ investment needs in a country whose personal savings rate lags significantly behind that of other countries, due to relatively high debt. More than 50% of the population is indebted, spending 30% of monthly income on repaying debts, Mahaana said in a statement. The country currently has an investor base of just 250,000 people, or about 0.02% of its population, showing the immense long-term potential for wealth management fintechs.

In its Digital Financial Services-Innovation Challenge Facility guidelines paper, the State Bank of Pakistan stated that it is estimated that the market potential of digital finance services in Pakistan will cross $36 billion by 2025, providing a 7 percent boost to the GDP, creating 4 million new jobs.

More in this category: « Fintech funding in India is resilient Southeast Asian platform companies bet big on fintech »
back to top