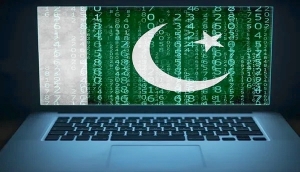 Pakistan is the largest nascent fintech market in Asia, with an unbanked population of 100 million. About 70% of the population lacks a bank account. In absolute numbers, there are more unbanked people in both India and Indonesia, but those markets have much more developed fintech ecosystems than Pakistan. The investors and firms that are able to get in on the ground floor in Pakistan and establish strong business models will be able to reap substantial rewards.

To date, Pakistan has received must less attention from fintech investors than other markets in the region. Compared to other large emerging markets in Asia, it has yet to develop a mature fintech startup ecosystem of investors, startups and indeed users. That, however, is gradually changing given the country’s financial inclusion needs. Just 2.4% of Pakistanis have access to credit, according to the State Bank of Pakistan.

As it turns out, Pakistan has a formal national financial inclusion strategy; it was promulgated in 2015 and called for 50% of the adult population to be brought into the formal financial system by 2020. While the country has seemingly fallen short of that goal, the government is aware that fintechs can help speed up the process.

In February, Karachi-based NayaPay raised US$13 million in a seed round led by Zayn Capital, MSA Novo and Silicon Valley early-stage investor Graph Ventures, Chief Executive Officer Danish Lakhani said in an interview. NayaPay is a chat-led payments app, initially focused on the student and freelancer market, that received a license from the State Bank of Pakistan in August.

There is copious low-hanging fruit for NayaPay. Just 1% of Pakistan’s US$4 trillion in annual payments is made digitally. The company is now expanding beyond the retail segment and building a payment platform for SMEs similar to Square and WeChatPay, while aiming to accrue 5 million customers and 300,000 merchants in five years.

Meanwhile, in early March, global fintech EMQ launched real-time cross-border payments service in Pakistan, which is expected to receive a record US$32 billion in remittances in the current fiscal year. According to the State Bank of Pakistan, overseas Pakistanis sent 11.3% more money back home during the July-December period compared to the same period last year.

Also of note: In February, Pakistan launched the second phase of its national digital real-time payments platform Raast. Given how successful India’s UPI has been, and the influence it has had on that country’s digital payments ecosystem, it is worth watching Raast closely.

More in this category: « Assessing Capital A, the new AirAsia Why is Sea Group in choppy waters? »
back to top