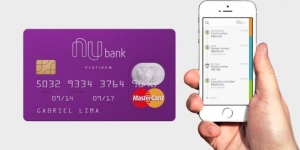 While European neobanks are seeing their losses mount - Monzo's doubled in 2019 while Revolut's tripled - Nubank is inching ever closer to the black. Nubank's US$17 million loss in H1 2020 is 32% improvement over the US$25.2 million loss it posted during the same period a year earlier. In fact, Nubank's financials have been moving in the right direction for years. In 2016, it lost US$39 million, which then fell to US$31 million in 2017.

"The loss [in H1 2020] is a decision, and therefore expected as part of the current growth strategy. We chose to invest in the company, people and the development of new technologies to continue delivering the best experience to our customers," Nubank CEO Marco Kopel wrote in a recent blog post.

Also auguring well for Nubank: Both customers and transaction volume are steadily rising. The Brazilian unicorn says that it now has 26 million customers, roughly double the number it had a year ago, transaction volume rose 54% annually in the first six months of the year.

Investors remain sanguine about Nubank, which began in 2013 with a no-fee credit card before expanding into bank accounts and lending. Nubank is now the No. 2 credit-card issuer in Brazil after Itau Unibanco Holding, Reuters noted in an August report.

Nubank aims to compete directly with incumbents in retail lending by offering consumers interest rates 30-40% below the market average. Brazilian banks have a reputation for charging some of the highest interest rates in the world. Four banks hold more than 80% of all deposits.

A June filing with the U.S. Securities and Exchange Commission shows that Nubank raised an additional US$300 million in equity investments from five unnamed investors. News of the funding was first reported in late August by the Brazilian media. Crunchbase describes the funding as a "venture round," while Nubank has not commented on whether the capital injection came from new or existing investors.

More in this category: « N26 remains focused on user numbers, not profitability What Klarna gets right that most neobanks don't »
back to top