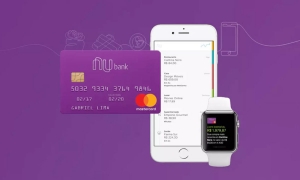 To put Nubank's valuation into perspective, it is roughly equivalent to Grab and Gojek's combined, and more than four times the size of Revolut's. Revolut is the highest valued neobank in Europe.

Like Revolut, Grab and Gojek, Nubank is in the red. But it has a better chance of reaching profitability and staying there than any of those companies. The reason is simple: Nubank has a strong early mover's advantage in a huge emerging market with a significant unbanked population. There are roughly 55 million unbanked Brazilians, about one-quarter of the population. At the Reuters Next conference held in mid-January, co-founder Cristina Junqueira said Nubank could reach profitability within 18 months.

Unlike typical customers of digital banks in rich countries, Nubank's existing and target customers do not necessarily have other bank accounts or cards. When Nubank signs up these types of customers, it literally brings them into Brazil's banking system for the first time. It is a different from a European businessperson adding a Revolut Metal card to his or her credit and debit card collection.

With Nubank serving as the primary bank for many of its customers, it has been able to accrue a significant deposit base. As of June 2020, it had R$17.3 billion (US$3.2 billion) "We have so much more deposits than we can use in terms of funding, so we’re hoping to deploy a lot of that capital in 2021 and help stimulate economic development,” Junqueira said.

Nubank plans to use the new funding to to launch new services like corporate credit cards, grow its retail lending business (which stood at US$63 million in June 2020) and expand its brokerage unit Easynvest, focusing on the middle-class market.

At the same time, the Brazilian neobank will expand its nascent operations in Mexico and Colombia.

More in this category: « Is Chime a neobank or a software company? China's crackdown on fintech giants has just begun »
back to top