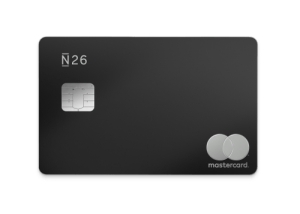 German neobank unicorn N26 has a well earned reputation for audacity. In July 2019, its co-founder Maximilian Tayenthal famously (or infamously) told The Financial Times that "profitability is not one of our core metrics." If we had to sum up the fintech bubble's ethos in one line, that just might be it. In that same interview, Tayenthal highlighted N26's "deep-pocketed investors," which include Peter Thiel - the smart money, at least based on his bets on Facebook and PayPal. Despite the coronavirus pandemic, investors handed N26 another US$100 million in early May, while its valuation held steady at US$3.5 billion.

The virus has delivered a crushing blow to Europe, where most of N26's 3.5 million customers are based, and the United States, where the German neobank has a grand expansion plan. Still, N26 sees opportunity as the pandemic pushes more transactions online and potentially reduces the use of cash. It should be noted that there is no scientific evidence showing that cash raises the risk of infection with SARS-CoV-2, the virus that causes COVID-19.

N26 CEO Nic Kopp telegraphed optimism about the U.S. market in a May interview with Tearsheet. "What’s a positive surprise for me in the U.S. is a lot of early use cases of people depositing their paychecks and using us, arguably, as their main account. We’re seeing strong direct deposit behavior during COVID," he said.

Kopp did acknowledge during the interview that N26 will need to spend time building brand awareness in the U.S., where it is not yet a well-known entity. That will take time and money. N26's revenue has grown steadily in recent years, but not enough to offset losses due to heavy spending. N26 generates revenue from premium subscriptions, interchange fees, and fee-based financial products (both its own and third-party).

Research by Amsterdam-based FinCog published last October found that N26 lost US$35.3 million (US$10.07 per customer) in the year ending February 2019. Among prominent challenger banks, only Monzo and Revolut lost more money overall. N26's income per customer was just US$0.31. To put that into perspective, consider that Lloyd's Banking Group earns a profit of US$180 per customer despite its high operational costs compared to a digital bank.

Nevertheless, N26 appears determined to double down on growth, betting that it will continue to amass new customers quickly across Europe, the U.S. and eventually Brazil. N26 opened a subsidiary in Brazil in February 2019. Because of its large war chest, N26 can afford to keep burning cash for the time being.

In Dec. 2019, N26's Germany general manager Georg Hauer said that the company envisioned an IPO in four to five years. “We have no pressure, not even from our investors,” he told Reuters. One thing is for sure: As long as N26 keeps racking up heavy losses, there is no viable exit strategy in sight.

More in this category: « Monzo faces potential 40% drop in valuation How has Brazil's Nubank amassed 25 million customers? »
back to top