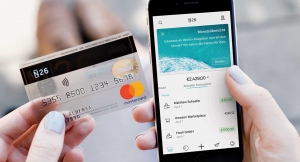 It would have been nice if the press release had included the costs of N26's customer acquisition in the U.S. as well as an update on the company's overall finances. That would have helped put its U.S. expansion drive into perspective.

The U.S. market is large and by some measures, ripe for disruption, but it's already getting crowded with challenger banks. N26's fellow European neobank unicorns Revolut and Monzo have entered the U.S., while there are a number of homegrown digibanks: Chime, Current, Varo, MoneyLion and Simple, to name a few.

N26's plan to expand its U.S. business will almost certainly rely heavily on customer subsidies, which will ensure the company keeps burning cash. "In the coming months, N26 will roll out additional rewards and cashback opportunities with the N26 debit card, with additional product features to be announced," the press release said.

Fortunately for N26, it was able to raise another US$100 million from investors in May as part of an extended Series D round. That money could go a long way.

However, if N26 is following a similar trajectory to Revolut and Monzo, its losses will be mounting as it continues to spend heavily in an effort to scale up. In its latest annual report, Monzo revealed that its losses had risen to £113.8 million from £47.1 million even as revenue increased substantially. The company warned of choppy waters ahead. Revolut's losses tripled in 2019 to £106.5 million, up from £32.9 million in 2018. Revenue jumped 180% but it wasn't enough to offset Revolut's cash-burning spree. Still, the ever-plucky Revolut expects to reach profitability in 2020.

More in this category: « Revolut's losses tripled. Does it matter? Nubank lost US$17 million in H1, but it's not worried »
back to top