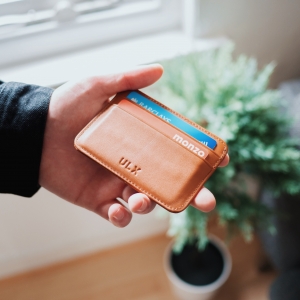 If there is indeed a fintech bubble, it shows no signs of deflating. Uber's underwhelming IPO, WeWork's fall, SoftBank's related painful write-down, a jittery global economy - none of these factors is deterring the deep-pocketed backers of the world's foremost fintech startups. The mantra of customer numbers and global expansion over profits remains the rule, not the exception.

And so Monzo, the UK-based virtual bank whose losses rose more than 54% to reach £47.2 million in the fiscal year ended February 2019, is set to raise another £50-100 million within weeks from investors, Reuters reported in late December. Monzo needs the cash to support "rapid growth," according to the report. Monzo launched in the U.S. in June.

Monzo is hardly alone in its cash-burning, gung-ho expansion. In fact, there's something of a vicious (or virtuous, if you're an optimist ) cycle occurring. The largest loss-making neobanks, including Revolut, Monzo, N26 and Atom, are all trying to get big fast. They're not satisfied to remain in Europe. Achieving the desired scale requires going farther afield. Even though the neobanks have a light physical footprint, they still need to spend heavily to launch operations across the world. And they aren't yet in a position where they can make enough revenue from their services to offset their losses.

The investors in these digital banks believe that their fundamentals are strong, so strong that the banks losing hundreds of millions of dollars now is acceptable. After all, if one of these fintech startups becomes as successful as Amazon or Facebook, the risk of the initial investment will have paid off handsomely. Interest rates also remain at historic lows, so it's cheap to borrow money.

One reason for skepticism about the potential of digital banks to run circles around incumbents is heavy regulation in the financial sector. The UK's tolerance, and indeed encouragement of digital banks, is not practiced everywhere. In 2019, we wrote at length about how regulators across East Asia's developed markets are incorporating digital banks into the existing financial system, not giving them a carte blanche to overturn it. This is the case in Hong Kong, Taiwan, Japan, South Korea and Singapore. Generally, it is only where incumbents are weak - certain emerging markets - that digital banks can swoop in and swiftly capture retail customers. And even then, because competition is stiff, subsidies are required to build up customer numbers fast.

The growth-obsessed neobanks and their backers would do well to study the example of Starling, the UK-based virtual bank which has built a successful business without swinging for the fences. Starling's CEO Anne Boden wrote in an open letter last August that the bank aimed to break even by 2020.

In contrast to some digital banks, which "pursue growth and don’t care about profitability...what we're doing now is expanding our product range and innovation hand in hand with growing our businesses, with a clear path to reaching profitability," she said.

More in this category: « Is challenger bank Chime overvalued at US$5.8 billion? Revolut is still swinging for the fences »
back to top