Meta struggles to cash in on Asia’s fintech boom 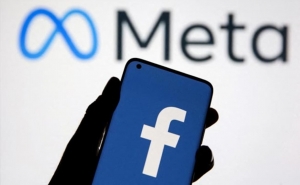 Meta, perhaps still better known as Facebook, is one of the biggest of Big Tech players in Asia Pacific, the dominant social media network for countries as diverse as India, Japan and Australia. Yet the ubiquity of the Facebook platform in the region, outside of notable exceptions such as China and North Korea, has not translated into success in Asia Pacific’s booming digital financial services market. Quite the opposite: Facebook is less than a footnote in this story. Meta’s inability – thus far – to tap into any of the region’s fintech markets augurs ill for its ability to grow sustainably in APAC.

Meta’s fintech travails are perhaps best encapsulated by its failed cryptocurrency gambit. Libra, Diem – whatever we want to call it – was almost DOA given the frosty reception it received from U.S. lawmakers and regulators alike. Chief executive officer Mark Zuckerberg’s bid to sell a Facebook cryptocurrency as a U.S. competitor to China’s digital renminbi was indicative of just how ill-conceived the project was. Crypto is not a replacement for a CBDC and vice versa. Nor was Facebook prepared to address concerns about money laundering, consumer protection and other potential financial risks. Trying to peg the project to the U.S. dollar was a desperate last-ditch effort that generated even greater pushback from regulators.

It is unlikely Diem would have gotten far in Asia, given widespread regulatory skepticism in the region about cryptocurrency. Meta’s biggest market in the region, India, is a case in point. New Delhi has not banned crypto, but it has made holding, trading and investing decentralized virtual currencies unattractive by taxing transactions at a high rate.

In theory, the Facebook platform, with its content sharing and messaging functions, should be able to serve as the foundation for a super app in the vein of WeChat, Alipay, Kakao or LINE. The problem is that it was never used for that purpose in North America or Europe due to different consumer habits, and starting from scratch in Asia does not make a lot of sense. There is too much competition already, while many users would have good reason to be cautious about letting Facebook handle any of their banking services. There have been too many problems ensuring user data security.

That leaves Meta with a few options. One, it can take strategic stakes in other fintechs and try to grow some market share by proxy. So far though it has not shown a strong appetite for such M&A. An exception would be the 2.4% stake Facebook bought in Gojek’s fintech arm GoPay in June 2020.

The other option for Meta to tap into Asia’s fintech growth is to use WhatsApp. Once again though, regulators have not been especially keen to facilitate a Meta-led foray into financial services. WhatsApp Pay needed several years to get off the ground in India, entering the market at a significant disadvantage to third-party payment providers like Google Pay, PhonePe and Paytm which have claimed the lion’s share of transactions on the paramount UPI payments rail.

Still, if WhatsApp is patient, India may still pay off. The messaging app is enormously popular in the subcontinent, giving WhatsApp strong brand recognition. Meanwhile, the Indian digital payments ecosystem is at an inflection point and is expected to increase more than threefold, from the current $3 trillion to $10 trillion by 2026.

WhatsApp Pay appears to be targeting the unbanked and underbanked populations outside of India’s major cities, which it says have yet to tap into the benefits of India’s booming digital economy. “The next tranche of digital products, needs to be more accessible and inclusive. We believe that’s where payments on WhatsApp can make a significant positive impact,” Manesh Mahatme, director of payments for WhatsApp India, told India’s Afaqs in August.

More in this category: « Taking stock of SoftBank’s Asia fintech investments Fintech funding in India is resilient »
back to top