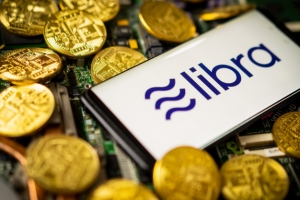 As it turns out, Facebook's much hyped Libra cryptocurrency project is more evolutionary than revolutionary. Libra 2.0, rolled out in mid-April, is modest in its ambitions. Gone is the concept of a global digital currency to potentially rival the dollar and evade regulatory oversight. Instead, Facebook wants to launch a series of digital coins backed by fiat currencies. The proposal includes the idea to build a "digital composite" of some of the coins for cross-border transactions and use in countries with no virtual currencies. Of equal importance, Libra will not be decentralized and "permissionless." That was never going to fly with central bankers or politicians, who don't want to deal with Bitcoin on a much larger scale.

To be sure, many crypto diehards are crestfallen. Even those who are not fans of Facebook liked the idea of an anonymous, decentralized digital currency that might one day challenge fiat currency hegemony. If Facebook could have pulled off such a project, crypto in an iteration close to how Bitcoin founder Satoshi Nakomoto (a pseudonym) imagined it would have finally broken into the mainstream global financial system. When Nakomoto launched Bitcoin in 2009, he sought to reduce our reliance on centralized financial institutions to transfer funds, and instead foster anonymous peer-to-peer transfers on the blockchain.

Crypto developers and users are less likely to be interested in Libra 2.0 than its predecessor because the new Facebook digital currency will "lack ‘censorship resistance’ — arguably the most important and unique feature of blockchain networks like bitcoin and ethereum,” Garrick Hileman, head of research at crypto wallet company Blockchain, told The Financial Times.

For Facebook, ironing out the compliance kinks is integral to getting the Libra project off the ground. There are still plenty of influential skeptics not eager to support the social-media giant's digital banking ambitions. Since Facebook's fintech foray is a monetization play, the company needs regulatory and political support more than a stamp of approval from crypto purists.

The "Libra coin backed by a basket of assets...does not address the concerns I raised when Mr. Zuckerberg testified before the Financial Services Committee, and for which I introduced legislation to address said concerns," Congresswoman Sylvia Garcia (Democrat, Texas) said in an April statement.

Interestingly, Facebook no longer seems to be playing the China card - pressing the case for Libra as an essential competitor to the digital renminbi. That argument always seemed more political than sensible. While the U.S. and China are competitors in many areas, their financial systems are fundamentally different. China maintains significant capital controls and a controlled exchange rate. The U.S. has no capital controls and allows the dollar to float freely. Libra was envisioned to float freely as well. A Chinese digital currency subject to the constraints of China's financial system will have limited applications outside of mainland China.

Libra, on the other hand, is likely to face limitations that come with being a Facebook initiative of this magnitude. The company has not generated the type of trust among users and regulators necessary to be successful as a financial services provider. At this point, Facebook's fintech ambitions still face an uphill climb.

More in this category: « Explainable Artificial Intelligence: Time for Asia to Take the Lead? Should Revolut, Monzo and N26 be worried about slower growth? »
back to top