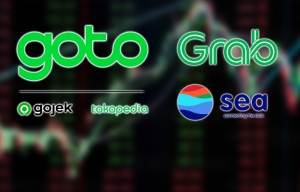 Southeast Asia’s preeminent platform companies are adjusting to a painful new reality: More is not always better. Sea Group, Grab and GoTo have all expanded at a torrid pace amid a free flow of venture capital funding that only recently started to dry up with the end of ultra-low interest rates and the arrival of greater economic uncertainty. The tougher business environment will put to the test their shaky super app value proposition, especially the idea that fintech works best as part of a broader digital services ecosystem rather than as a pure-play business model.

Singapore-based Sea Group, Southeast Asia’s largest tech firm, has seen solid growth in its fintech arm. The fintech unit generated US$326.9 million in revenue in the third quarter, up 147.2% year-on-year. Adjusted EBITDA was US$67.7 million, improving by 57.4% year-on-year and 39.3% quarter-on-quarter. Sea attributes the improvement to more targeted sales and marketing spending for the mobile wallet business, and its credit business “maintaining its healthy profitability while generating cash for the group.”

However, Sea’s gaming unit Garena, which once bankrolled its e-commerce and fintech units, is flagging. Revenue from Garena fell 19% to US$893 million in the third quarter, the biggest year-on-year drop ever, reflecting waning popularity of hit mobile game Free Fire. While Shopee and Sea Money can be synced up in many ways, just like Taobao/TMall and Alipay, it is unclear where Garena fits in to the wider ecosystem.

Sea may need to further scale back operations to put itself on a sustainable path. This could include making additional cuts to its Latin American operations and/or non-core Southeast Asia businesses. Otherwise, it will be hard for Sea to make its digital banks in Singapore, Malaysia and Indonesia successful. There are capitalization requirements to consider, as well as the need to subsidize customers to bring them onboard.

Grab is facing a similar challenge. It recorded improvements across the board in the third quarter, but noted in a press release that segment adjusted EBITDA in its financial services unit fell 38% year-on-year due to higher expenses in its digibanking operations. The jump from ride haling and food delivery to financial services has never been an easy one, and it is unclear how Grab’s digital banking ventures will fare in the long term, especially as the Singapore and Malaysia markets are already pretty well banked. There is no natural synergy among mobility and banking services, so the question is how many of Grab’s millions of drivers can be persuaded to bank with the company and choose Grab as their primary account. For passengers, which are not already paid by the company, banking with Grab could be a harder sell.

As for Indonesia’s GoTo, it enjoys one advantage over Sea and Grab: Its resources are not stretched as thin. While GoTo retains some operations outside of Indonesia, its home market remains its focus. With 275 million people and an estimated 181 million who are unbanked, Indonesia alone is enough for GoTo, especially as the company can leverage its deep knowledge of domestic financial services and business relationships in the country in a way that foreign competitors cannot.

To be sure, GoTo’s path to profitability will be an arduous one. It lost 20.3 trillion rupiah (US$1.29 billion) in the first nine months of the year, widening 75% over the same period in 2021. Like Sea and Grab, it is laying off hundreds of workers in a bid to cut costs.

Still, we like the odds of a platform company that focuses on a single large market it knows well – at least until it reaches profitability – rather than expanding all over the place, frantically trying to build scale.

More in this category: « In Q3 Kakao Bank shines, Kakao Pay lags Will the global tech slump affect Revolut’s prospects in APAC? »
back to top