Islamic finance may be key to Asia Pacific's fintech future 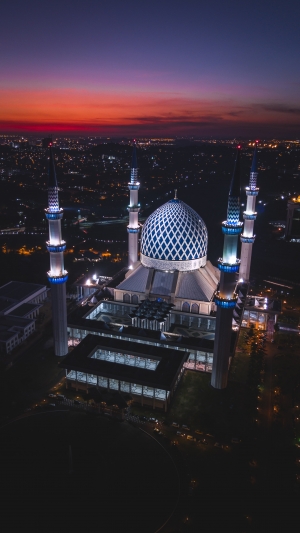 While virtual banks and mobile wallets may be some things that may come to mind when one thinks about the possibilities of fintech expansion in Asia Pacific, the region is also home to one of the largest untapped markets in the world that few seem to be paying attention to- Islamic finance.

To name a few, Indonesia, Malaysia, Brunei, and Pakistan are all Muslim-majority countries that are located in the Asia Pacific region, where some 986 million believers make up the majority of the fastest-growing religious group in the world. An estimated $3.2 trillion in halal lifestyle spending will be expensed by 2024, according to the 2019 State of the Global Islamic Economy report from DinarStandard.

Islamic finance is a financial system that is shariah-compliant and abides according to Islamic law in addition to financial industry regulations. Therefore, a free-market economy that is shariah-compliant is possible, as long as it is governed by Islamic principles of balance. Islamic financial products are often based on specific types of contracts; contracts of partnership, exchange, and of safety and security. Islamic finance also prohibits certain types of business transactions based on interest, uncertainty, amongst things that are considered ‘haram’ such as alcohol, pork, and gambling.

Perhaps the most prominent Islamic fintech in Indonesia is Paytren, which is led by religious figure Ustaz Yusuf Mansor. Despite some initial troubles in October 2017, Paytren managed to boost its fintech capabilities with its December 2017 acquisition of Bulgaria-based mobile-payments tech company Cellum. Paytren was also recently approved for the PT Paytren Asset Management license, which further bolsters its hopes to become the first fully shariah-complaint investment management company in Indonesia.

Another Islamic fintech that is based out of Muslim-majority Indonesia is ALAMI Shariah, a crowdfunding fintech that aims to facilitate small businesses to obtain Islamic financing from banks. ALAMI hopes that the launch of its mobile app this quarter, which will simplify financing and crowdfunding processes, will encourage more non-Indonesians to contribute to SMEs through its platform and factor into its hopes to expand regionally and internationally.

ALAMI’s expansion ambitions is perhaps one of the most enterprising of its time, considering that many organizations and authorities alike are concurrently implementing shariah-compliant features in their respective domestic markets. In any case, Islamic fintech and finance will prove to be a noteworthy market of opportunities for the Asia Pacific region.

More in this category: « Why did global fintech deals fall 3.7% in 2019? Credify sees strong potential in SE Asia, a region struggling with online fraud »
back to top