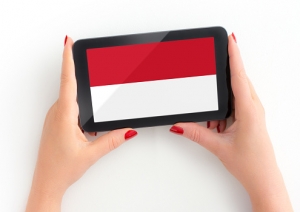 In a year that has seen fintech funding slow in many markets, Indonesia is proving to be something of an outlier. In the first half of 2022, Indonesian fintechs managed to raise US$1.8 billion, exceeding the total of US$1.6 billion raised in 2021.

There were several key fintech deals in Indonesia in the second quarter. One was consumer payment platform Flip’s US$55 million extension round led by Tencent and Block. Flip previously raised US$48 million in its first Series B round in December 2021 and in total has raised US$120 million since its 2019 founding.

Another was Singapore-based Xendit’s US$300 million funding round – Indonesia’s largest thus far of 2022 – led by Coatue and Insight Partners that brought its total capital raised to US$538 million. In the year to May, Xendit tripled annualized transactions from 65 million to 200 million and increased total payments value from US$6.5 billion to US$15 billion.

With the additional capital, Xendit is expanding aggressively in Indonesia and elsewhere in the region. The company recently invested in Bank Sahabat Sampoerna, a private bank in Indonesia that focuses on micro and SME businesses, as well as banking-as-a-service for technology-enabled businesses. As it forayed into the Philippines, Xendit made an investment into local payment gateway, Dragonpay.

In August, Indonesian digital P2P lending platform Investree announced it completed the acquisition of an 18.4% stake in Bank Amar, which will allow the fintech to expand into digital banking. Investree’s Singapore holding company spent about 422 billion rupiah ($28.5 million) in June to acquire Bank Amar’s shares, according to DealStreetAsia. DealStreetAsia notes that the Singapore-headquartered conglomerate Tolaram remains the majority shareholder in Bank Amar by far with a 59.4% stake, compared with the public’s 22.2% stake and Investree’s 18.4%

While not purely Indonesian – it was created in March 2021 from the merger of Indonesia-based Payfazz and Singapore-based Xfers – Fazz in mid-September announced it had raised US$100 million from investors. Fazz says it recorded US$10 billion in annualized transaction volumes in the past year. The new funding will support the rollout of new financial products and expansion in Singapore, Indonesia, Malaysia, Vietnam and Taiwan. Investors are bullish on Fazz due to its ability to provide important financial tools to businesses in Southeast Asia, many who lack convenient access to digital payments, treasury functions and growth capital.

Astra and WeLab are following a now familiar playbook in Indonesia’s digital financial services space: A conglomerate and Big Tech join hands to purchase an incumbent lender and rejig it as a digital bank. This deal marks the second time WeLab and Astra have teamed up. The first time was in 2018 when they set up a joint venture to provide mobile lending services.

More in this category: « Southeast Asian platform companies bet big on fintech Will Sea’s austerity measures right the ship? »
back to top