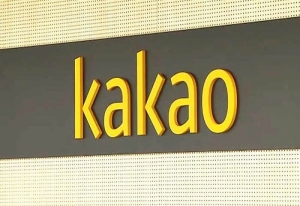 Kakao’s fintech results continue to be mixed – a tale of two platforms in some respects. Much like its strategic investor and perhaps spiritual guide Alipay, Kakao has developed a digital bank and payments app as two separate units. Thus far, the online lender Kakao Bank has consistently outperformed the e-wallet Kakao Pay, and that held true once again in the third quarter of the year.We have lauded Kakao many times for developing a profitable financial services super app. It is the only company outside of China to achieve such a feat. However, it might be worth considering at this point if the two separate units are sufficiently complementary.

Let’s start with Kakao Pay, which serves as the e-wallet for the popular messaging service Kakao Talk, used by about 90% of South Korea’s 51.2 million people. It is used primarily to make payments though Kakao Pay has gradually introduced other digital financial services products like securities and insurance. It vowed to become a “financial supermarket” after its IPO.

Yet Kakao Pay is struggling, as payments margins are tight, and it has been slow going getting the necessary licenses to roll out more profitable products. In the third quarter, Kakao Pay reported a 4.65-billion-won loss more than double the 1.89 billion won net loss reported in the same period a year earlier. The company blamed the loss on costs related to its new services, some of which inevitably involve subsidizing users. Since its IPO about a year ago, Kakao Pay has seen its share price fall 69% to 47,300 won.

Kakao Bank is faring much better. In the July to September period, Kakao Bank reported 78.72 billion won (US$55 million) in net profit in the third quarter, up 51% on an annual basis and beating the 75.4 billion won market consensus. The company’s revenue reached 411.85 billion won, up 49 percent over the same period a year earlier. Earnings were helped by a higher interest margin and an increase in the number of teenage users.

Though Kakao Bank’s stock price is down about 60% since its IPO, the company continues to reliably reach profitability, setting it apart from Kakao Pay. Eventually, investors will catch on to that fact.

Kakao Bank looks set to build on its strong growth with a calculated risk: It reportedly plans to start providing withdrawal and deposit accounts for users of local cryptocurrency exchange Coinone this month. Coinone is one of South Korea’s five cryptocurrency exchanges that are licensed to provide fiat-to-crypto services to their customers. With the KakaoBank agreement, Coinone will end its partnership with Korea’s NH Nonghyup Bank set up in Sept. 2021, local media reported.

If the deal goes through, Kakao Bank will be following in the footsteps of its competitor K bank, which saw its account numbers and deposits swell after inking a deal with crypto exchange Upbit in June 2020. In early 2021, K Bank began to overtake Kakao Bank in terms of new younger customers (aged in their 20s or 30s) thanks to its partnership with Upbit.

More in this category: « Fintech may not work out for Xiaomi
back to top