In Asia, US Big Tech is struggling with fintech 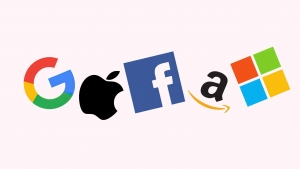 The United States’ largest tech companies have a significant presence in most Asian markets, whether Microsoft in software, Google for search, Facebook as a social media platform or Amazon in e-commerce. However, most U.S. tech giants have largely yet to make much of an impact in Asia’s burgeoning fintech scene.

Most of the U.S.’s largest tech companies entered Asia long ago, in some cases becoming dominant as they had in North America and Europe. However, because most were not early fintech adopters (PayPal is a notable exception) and compared to other segments of the digital economy, financial services is subject to greater regulation. At its core, it deals with flows of money, making it fundamentally more sensitive than say, internet search or social media, which Google and Facebook respectively offer to users free of charge. That means developing a digital financial services business comes with a greater regulatory burden for companies. In many cases, local companies enjoy certain advantages in their home markets, even if U.S. platform companies enjoy strong brand recognition and have large user bases in other segments.

For instance, in India, WhatsApp has 487 million users. In theory, WhatsApp Pay should be able to leverage that user base to become a major fintech player in the subcontinent. However, it is precisely that user advantage enjoyed by WhatsApp that its rivals have complained about and tried to use the law to address. Coupled with the company’s lack of familiarity (at least initially) with India’s regulatory environment, in particular data privacy rules, this has resulted in WhatsApp struggling to secure regulatory approval to operate as a licensed financial institution. In fact, if you visit WhatsApp India’s official website, the company states that “we are not a licensed financial institution” and “do not receive, transfer, or store any funds in connection with payments.”

WhatsApp also has about 69 million users in Indonesia, arguably the hottest fintech market in Asia right now. In August 2019, Reuters reported that WhatsApp was in talks to partner with local mobile payments firms so that it could launch WhatsApp Pay in the country. Yet nearly three years later, nothing has come of it. If WhatsApp Pay were to launch in India, it would find the competition to be intense and would have to spend heavily to subsidize users.

Meanwhile, Amazon is said to be the most used e-commerce site in India, and has invested billions of dollars in the country. Yet it has yet to make a profit in India, and has not been able to gain a significant share of the subcontinent’s fast-growing payments market. In March, Amazon Pay had a paltry 0.72% share of India’s paramount UPI market.

M&A – subject to regulatory approval, of course – could be a way for large U.S. platform companies to better access opportunities in Asia’s fintech sector. Certain markets and segments will be more receptive to M&A bids than others. For example, both Google and PayPal have made strategic acquisitions in Japan’s payments market over the past year. In July 2021, Google agreed to buy Japanese smartphone payment startup Pring for more than 20 billion yen ($181.9 million). In October 2021, PayPal purchased leading Japanese buy now, pay later (BNPL) platform Paidy for US$2.7 billion.

In 2016, Japan set the target of reaching 40% cashless payments by 2025. If Japan’s cashless policy hits its target, there will be overall about 25 million more Japanese users of online payments by 2025 than there were in 2016.

More in this category: « Asia could be headed for a fintech funding slowdown Pakistan's fintech sector could be an outlier in Asia this year »
back to top