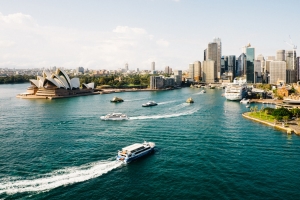 The arrival of open banking in Australia comes at an opportune time. Virtual banks are fast setting up shop amidst widespread demand for more choices in consumer banking. Consumers, while not dissatisfied with existing banks, would like better digital-first options. For their part, regulators are keen to boost compliance across the industry. The findings of the Financial Services Royal Commission did not cast Australia's traditional banks in a flattering light. That's one reason Australia has not hesitated to issue full banking licenses to several fintechs.

The Australian Treasury has developed an open banking framework that will require banks to join an API-based data-sharing platform with clear guidelines about data security and privacy controls, as well as corresponding penalties for violation of the rules.

Australia is launching open banking in two phases. The first went into effect in July focusing on the testing of consumer, account and transaction data access information systems. Only Australia's big four banks – Westpac Bank, Australia and New Zealand Bank, The Commonwealth Bank of Australia and National Australia Bank - are required to participate at this stage. Other banks have a deadline of July 2020.

Virtual and traditional banks alike are in the same boat when it comes to open banking in Australia: They all must comply with the government's data-sharing directives. The proactive approach of the Australian financial regulator - aimed at boosting consumer choice while also protecting consumers - is driving open banking in the country in a way quite different from other regional markets.

Indeed, effective July 2019, the Australian Securities and Investments Commission approved a new banking code of practice. The code is designed to protect consumers from predatory practices that sometimes occur in the banking sector. For instance, it mandates that banks provide customers with a list of direct debits and recurring payments (which could make it easier to switch banks), forbids banks from soliciting consumers with offers to increase their credit card limits and simplifies language in loan contracts for small businesses.

“We’ve completely rewritten the rule book for Australia’s banks,” Australian Banking Association CEO Anna Bligh said in a statement. “Banks understand they need to change their behavior and this new rule book represents an important step in earning back the trust of the Australian public."

The trust issue is intriguing. Satisfaction among Australian consumers for their banks fell from 81.2% in January 2018 to 78.5% in September 2018 during the Royal Commission's investigation, according to Roy Morgan. Still, that figure is up considerably from less than 60% in 2001. While millennials may be keen to bank with a sleek tech startup, older Australians may prefer to stick with their "trusted" financial service providers.

However, traditional banks are vulnerable when it comes to fees. For instance, Macquarie estimates the foreign transaction fees charged by Australian banks are 10 to 20 times that of fintech startups. To be sure, the banks have higher costs, predominantly because of their extensive branch networks, so they have to charge higher fees. But to compete viably with virtual banks in the future, it's almost certain that they will have to reduce the fees and accept lower profit margins. Given that Australian banks are the among most profitable in the world, that's a feat they could probably manage.

More in this category: « Why does the U.S. trail Asia in mobile payments adoption? Revolut partners with Visa in global expansion effort »
back to top