How has Transferwise managed to become profitable? 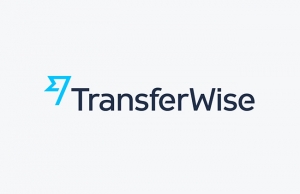 Many of the most prominent fintechs are known for sky-high valuations and red ink on their balance sheets. There's a disconnect between what private investors deem the companies are worth and their actual financial performance. The biggest challenger banks in Europe, such as N26, Revolut and Monzo, are unprofitable. The same goes for Paytm, a payments bank that is India's most valuable tech startup. Ditto for Grab and Go-Jek, the Southeast Asian Uber clones which are trying to reinvent themselves as digital banks.

Virtually alone in a sea of cash-burning fintechs is London-based Transferwise. In the fiscal year ending March 2019, the digital money-transfer firm earned a profit for the third year in a row, as net profits rose 66% annually to £10.3 million ($12.8 million). The company's revenue climbed 53% year-on-year to £179 million. With figures like these, Transferwise's $3.5 billion valuation looks more credible than say, the same valuation for N26, a company which has yet to turn a profit.

TransferWise has attracted a huge number of customers with a clever business model: Send money abroad digitally at a much lower cost than banks, Western Union or MoneyGram. The company says it wants to make FX fees more transparent. According to a September CNBC report, TransferWise currently has 6 million customers worldwide, processes £4 billion in transactions monthly, and is signing up 10,000 a businesses a month. TransferWise's customers have more than £1 billion in its multi-currency account. TransferWise has a 15% share of consumer international transfers, roughly the same of the UK's biggest banks, according to Fintech Futures.

TransferWise is wisely integrating itself into both the traditional and emerging digital financial ecosystem. In June 2018, it inked a deal with French banking group Groupe BPCE allowing the bank's 15 million customers to use TransferWise's global money-transfer service in their mobile banking apps from 2019. The tie-up marks the first time a European bank is offering TransferWise's service directly in its own apps.

"By working with us, a bank is essentially choosing to minimize their profits on cross border payments in order to give their customers a more modern and fair service," a TransferWise spokesperson told Reuters.

Perhaps one reason for TransferWise's success is the backing of eccentric billionaire Peter Thiel, co-founder of PayPal. Thiel has a reputation for picking big winners, as seen from his $500,000 angel investment in Facebook. When Facebook went public in 2012, Thiel sold 16.8 million shares for $540 million.

More in this category: « Revolut partners with Visa in global expansion effort Russia's Tinkoff has quietly become one of the world's most successful neobanks »
back to top