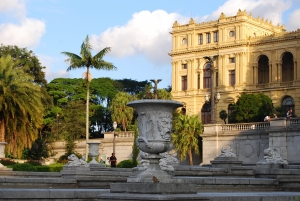 Brazil's Nubank is growing so fast it's hard to keep up. In June, Nubank hit the 25-million customer milestone, up from 15 million in October 2019. Most neobanks talk up the need to build scale and grow fast, but Nubank is one that walks the walk. The Sao Paolo-based company is the largest independent digital bank in the world. Granted, it did not happen overnight. Nubank has been around since 2013. But the Brazilian neobank, currently valued at US$10 billion, appears to have found the secret sauce.

Nubank started off with a fee-free credit card, then moved into bank accounts and lending for small businesses. Recently, it has started lending to individuals. The company aims to directly compete with Brazilian banks in this market, offering consumers interest rates 30-40% below the market norm. Brazilian banks are notorious for charging some of the world's highest interest rates and fees. Four banks control more than 80% of deposits.

The fundamentals of the Brazilian market work in Nubank's favor. The unbanked population stands at 55 million, out of a total of 209 million Brazilians. Consumer satisfaction with incumbents is low while openness to digital banking is high. 73% of Brazilians are willing to bank online, according to a 2019 Ernst & Young survey. Regulators are supportive of fintechs as well. As a result, Nubank has been able to grow steadily just by focusing on its home market. Per company data, 20% of Nubank's customers have never previously had a credit card while 80% of its customer sign-ups come from unpaid referrals. The company says that it has not spent any money on customer acquisition. Altfi estimates that at its current rate of growth, Nubank acquired on average 42,000 new customers daily in the January-March period.

International expansion only came very recently, when Nubank launched in Mexico in March. In that sense, Nubank is more like China's fintech giants than the European neobanks that have pinned their hopes on building a global business.

In March, Nubank CEO David Vélez, who previously served as a partner at Sequoia Capital supervising the firm’s Latin American investments, told Tech Crunch that the Sao Paolo-based bank has no plans to go public anytime soon and that he wanted to keep the company private for as long as possible. Vélez said that Nubank is fortunate to have investors - which include Sequoia Capital and Tencent - with a long-term outlook.

As impressive as Nubank's customer numbers are, the company as a whole is not profitable - although its credit card product has been since 2017. With $820 million in venture capital and patient investors, perhaps Nubank has the luxury of not worrying about profitability for the time being.

More in this category: « N26 sanguine in face of COVID-19 challenges When will Starling Bank reach profitability? »
back to top