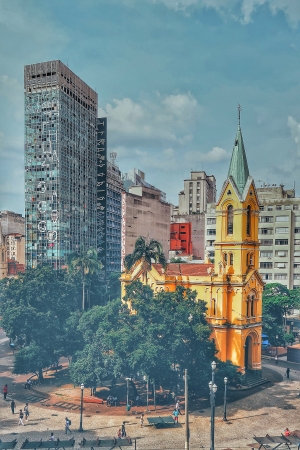 Brazil's Nubank has 15 million customers, making it the largest fintech in Latin America. Backed by heavyweight investors like Sequoia Capital and Tencent, Nubank has been using its sizable war chest - it raised $400 million in July - to embark on a rapid expansion spree in Latin America's largest country and economy. Analysts say that Nubank is valued at about US$10 billion.

Nubank began offering a fee-free credit card, then later expanded into bank accounts and lending for small businesses. Recently, it has started lending to individuals. The company aims to directly compete with Brazilian banks in this market, offering consumers interest rates 30-40% below the market norm.

“We remain firm in our mission to fight complexity and give back to people the control of their finances,” David Vélez told NS Banking in July. “Even though the technological change has been transformational for most industries across the globe, most banked consumers continue to pay absurd interest rates and fees to receive very poor financial services in return.”

Brazil is a huge potential market for fintechs, given its considerable unbanked population. About 55 million of Brazil's 209 million citizens don't have access to the formal financial system. At the same time, Brazilian regulators, unlike some of their counterparts in East Asia, are encouraging fintechs to directly challenge incumbents. The situation couldn't be more different than Singapore, Hong Kong, Japan, or Taiwan, where regulators are taking careful steps to ensure that digital upstarts and traditional banks join hands, or at least don't lock horns.

In June, Brazil's Economy Minister Paulo Guedes criticized the dominance of a handful of banks over the country's banking sector, adding, "Banks’ profits are huge, they are really excessive...We need competition, competition is good." Brazil's top five banks, led by Itaú Unibanco, control about 82% of assets in Brazil's formal financial system, according to the Bank for International Settlements.

In May, Nubank set up operations in Mexico, its first international market. With a large unbanked population, high smartphone penetration, and low credit card penetration, Mexico offers strong growth potential for Nubank, especially as there is no local competitor offering quite the same package of services. Still, banks in Mexico charge lower interest rates than those in Brazil, blunting some of Nubank's competitive edge.

In an October report, Quartz noted that Nubank’s app has been downloaded 18 million times in the past year, more than Revolut, Monzo, and N26 combined. Nubank's monthly active users have risen 200% during that period, second only to Monzo.

More in this category: « Russia's Tinkoff has quietly become one of the world's most successful neobanks Is challenger bank Chime overvalued at US$5.8 billion? »
back to top