How are Europe's top neobanks weathering the coronavirus pandemic? 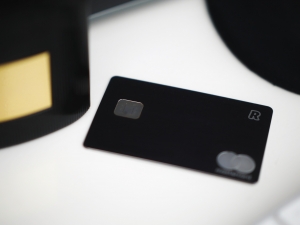 The coronavirus outbreak is weighing heavily on the balance sheets of some neobanks, while others appear to be weathering the crisis well. For digital banks in Europe, which is the second hardest hit region behind the United States, the challenge to their businesses is particularly formidable. Very few of Europe's top neobanks by valuation were profitable before the contagion broke out. In fact, they occasionally played down the need to be profitable. WeWork's abortive IPO helped change their calculations. Yet it is hard to see how they will come closer to profitability amidst a painful economic downturn.

Among the major European neobanks, Revolut has the largest war chest. The London-based fintech startup managed to close a funding round in early February that raised US$500 million, more than doubling its valuation to US$5.5 billion. That funding round occurred before COVID-19 became a pandemic. Had Revolut waited any longer to tap investors for cash, it may not have done so well.

Revolut launched on March 24 in the United States - in a partnership with New York's Metropolitan Commercial Bank - as the coronavirus was surging there. Revolut says it has built up 60,000 U.S. users since launching its beta app in America in June 2019.

On its official website, Revolut has sought to assuage concerns about the state of its finances. "Revolut is a financially strong institution and we have just concluded a successful funding round," it said, adding that since the firm is set up to work remotely, "we are still able to provide our normal service to your business during this challenging time."

To be sure, restrictions on movement and hygiene concerns are driving growth in digital banking. Neobanks could be poised to capture some of that business. "In these circumstances, online banking provides an extra layer of protection–to reduce the contagion risk of the coronavirus when making payments and bank operations," German neobank N26 - valued at US$3.5 billion - wrote in a March post on its blog.

The challenge for Revolut, N26 and their counterparts is that they will need to spend heavily to attract new customers, offering subsidies and other perks. During good economic times, that strategy works in the short run as the user base grows quickly even as cash burns. But in hard economic times, will investors be as willing to underwrite the neobanks' losses?

Some digital banks have already begun cutting costs. UK-based Monzo, which is valued at US$2.5 billion, said in late March it would accept roughly 300 voluntary furlough applications. The company's CEO Tom Blomfield said he would forego his salary for the following year, while the company's senior management team and board have volunteered to reduce their salaries by 25%, according to Tech Crunch.

More in this category: « Credify sees strong potential in SE Asia, a region struggling with online fraud Explainable Artificial Intelligence: Time for Asia to Take the Lead? »
back to top