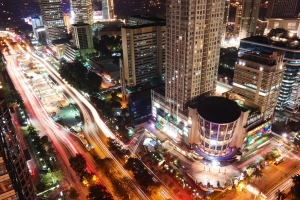 P2P lending grew steadily in Indonesia last year on the back of robust demand from both SMEs and the consumer market.From January to May, the Indonesia P2P sector grew 44% to reach IDR 41 trillion (US$2.92 billion), according to Indonesia's Financial Services Authority (OJK).

P2P makes up roughly 40% of fintech business in Indonesia, according to the Asian Development Bank. Investors have been pouring cash into the ascendant segment. With a population of roughly 265 million, Indonesia is Asean's largest economy and among the most dynamic emerging fintech markets in the region. It's a bigger market than Vietnam, Myanmar, Malaysia and Thailand combined. Indonesia's SMEs have voracious demand for credit, estimated at 998 trillion rupiahs (about US$96 billion) annually, according to the OJK.

Some major fundraising rounds in Indonesia's P2P segment last year included Julo’s US$15 million Series A, Akseleran’s US$8.5 million funding round, and KoinWorks’s US$12 million Series B.

Julo offers microloans to customers - through both banks and individuals - usually of about US$300, with interest rates of just 3-5% monthly. The company says it can keep the rates low because it can better assets borrowers' creditworthiness than its competitors. It says it has disbursed about $50 million to date.

KoinWorks focuses on acting as a middleman for SMEs, using artificial intelligence to identify businesses most likely to be able to repay their loans and connecting them with lenders. KoinWorks reportedly has 300,000 users, with more than half of those in the millennial demographic.

In the wake of China's P2P lending debacle, Jakarta has been moving to prevent the nascent sector from becoming a hotbed of financial crime. P2P lending scams were so prevalent in China that Beijing ultimately decided it had to effectively shut down the industry.

As of November 2019, just 127 of more than 1,000 Indonesian P2P lenders were registered with the authorities and considered legal businesses. Among the remainder, more than 40% originate in China. Authorities say that some of the illegal businesses Beijing shut down moved into the Indonesian market, attracted by its large size and fast growth.

"The public are advised to use P2P lending services registered at OJK," Sukarela Batumanggar, OJK Deputy Commissioner for Institutes and Digital Finance, said during a recent fintech focus group discussion. The OJK said it blocked 1,369 unregistered lenders through October.

To ensure healthy growth of the P2P lending sector, Jakarta will need to give it space to grow while implementing more comprehensive regulations. Cracking down on unlicensed platforms is necessary. Yet, that's just one piece of the puzzle. Regulators should focus on developing a more robust regulatory framework, especially in the areas of debt collection and consumer data protection.