Fintech may not work out for Xiaomi 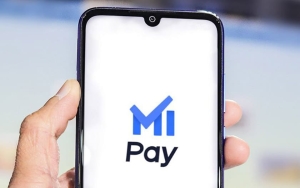 Xiaomi is one of China’s and the world’s largest smartphone makers. But the company is not content with that position – given low margins and extreme competition in the sector –  and has long been searching for new avenues of growth. That’s how Xiaomi began to move into fintech several years ago. As it turns out, transitioning from technology hardware into digital financial services is much more challenging than Xiaomi likely imagined.

Xiaomi’s value proposition in fintech has never been clear. After all, it is first and foremost a hardware maker. The company’s smartphone serves as the core device in an interconnected ecosystem of smart home gadgets that looks to have been inspired at least in part by Apple’s design ethic. With a Xiaomi smartphone, a user can control all the gadgets – and there are many of them. 85 brands belong to the ecosystem. Xiaomi also has tweaked Google’s Android operating system to suit it for that ecosystem.

So where does fintech fit into all of this? It doesn’t, exactly. Together with AMTD, Xiaomi launched a digital bank in Hong Kong several years ago, Airstar Bank, but there is no clear connection between the online lender and Xiaomi’s ecosystem of connected devices. Airstar’s performance has lagged that of other Hong Kong digital banks such as ZhongAn Insurance-backed ZA Bank and Standard Chartered-backed Mox Bank.

In Singapore, Xiaomi’s bid for a digital wholesale banking license that would have allowed it to lend to corporate customers was rejected. As far as we know, the Chinese smartphone maker has no further plans to try and enter the city-state’s financial services market.

Finally, Xiaomi pulled out of India’s financial services market in October after three years, discontinuing its Mi Pay and Mi Credit apps in the country. Mi Pay reportedly had tens of millions of users. Mi Credit was an app that lent customers between $70 to $1,400 at low interest rates. It accessed users’ texts and call logs to look for transaction information and some other details to determine their credit-worthiness and approved loans to them through partners in a matter of minutes.

The move struck some observers as odd given that Xiaomi is the largest smartphone maker on the subcontinent and its fintech services had seemingly made some good headway in India’s fast-growing digital financial services market. But Xiaomi’s withdrawal from digital financial services in India makes perfect sense if you think about it. Broadly speaking, in recent years, New Delhi has become increasingly protective of user data and more restrictive of how foreign companies use and store its citizens’ data. This holds true for both American and Chinese tech giants operating in the country.

Secondly, as geopolitical tensions have risen between China and India, New Delhi has grown warier of Chinese firms in general. The Indian Enforcement Directorate earlier this year seized bank accounts of Xiaomi India after finding that the company had remitted US$725 million to three foreign-based entities “in the guise of royalty” payments.

Given these unfavorable developments, Xiaomi probably figured it did not have much of a future in Indian fintech and decided to pull the plug. We think it was probably a wise decision.

More in this category: « The evolution of P2P lending in Indonesia In Q3 Kakao Bank shines, Kakao Pay lags »
back to top