Fintech is resilient in Indonesia 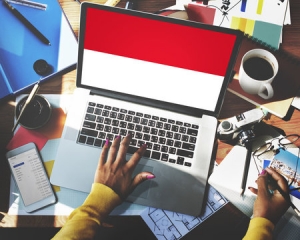 Despite a slowdown in fintech funding amid a shaky global economy, Indonesian fintech remains a bright spot in the Asia-Pacific region. While the deal flow has tapered off somewhat from late 2021 and the first quarter of 2022, the second quarter still saw a few big-ticket deals.

With regulatory headwinds significant in both China and India, which have historically been the two largest fintech markets in Asia, Indonesia is emerging as a new hotspot for VC investment. Unlike both China and India, Indonesia is (at least for now) not overtly concerned about excessive foreign influence in its financial sector. Rather, Indonesia’s Financial Services Authority has developed a regulatory regime that both allows for fintechs to grow organically and facilitates tech giants investing in incumbent banks, with the aim of rejigging them as digital lenders, as well as local fintechs. In this manner, foreign Big Tech, whether Grab, Sea Group, Alibaba, PayPal and others, must localize in a certain sense if it wants to compete in the Indonesian financial services sector.

The latest example of this phenomenon is consumer payment platform Flip’s US$55 million extension round, led by Tencent and Block. Flip previously raised US$48 million in its first Series B round in December 2021 and in total has raised US$120 million since its 2019 founding.

Flip says that it has served more than 10 million users and processes more than US$12 billion in transactions annually. Its main services include online interbank transfers to more than 100 domestic banks, e-wallet top-ups and international remittances.

Illustrating how Indonesia is thus far avoiding the belt tightening seen in neighboring economies, Flip’s team increased by 30% to more than 400 employees by June from a team of 300 people in December 2021. The company plans to use the capital from its latest fundraising round to ramp up its workforce with a focus on engineering and product teams.

In a recent deal for an undisclosed sum, Razer Fintech, the fintech arm of gaming company Razer, announced the acquisition of E2Pay Global Utama, a paytech in Indonesia. Having failed to win a digital banking license in both Singapore and Malaysia and shut down its e-wallet Razer Pay, Razer has not given up on its fintech ambitions in Southeast Asia, but shifted gears. The more flexible Indonesian market – where it is unnecessary rely on a competitive application process to secure a digital banking license – may end up being a better fit for the company.

To that end, Lee Li Meng, CEO of Razer Fintech said in a statement that “E2Pay is one of Indonesia’s very few digital payment players that has a comprehensive set of licenses across various payment gateway services, e-money, and remittance.”

Meanwhile, the Alibaba-backed Indonesian fintech unicorn Akulaku is aiming to increase its stake in Bank Neo Commerce to roughly 40% from the current 25%. The planned acquisition comes as Akulaku is raising funds ahead of an expected IPO on the Indonesia Stock Exchange listing. In April, Akulaku said that its revenue last year rose 122% year-on-year, while its monthly active users for the year more than doubled to 4.8 million.

More in this category: « Capital A regroups after failed bid for Malaysia digibanking license Assessing Ant Group’s key investments in Asia »
back to top