Fintech funding in India is resilient 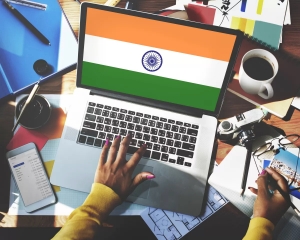 In Asia and globally fintech funding has been slowing amid economic jitters and rampant inflation. Some cash-burning fintechs are finding that they are running out of cash to burn. Still, there are some exceptions, and India is a notable one. According to a new report from Boston Consulting Group (BCG), from January 2017 to July 2022, the Indian fintech market received US$29 billion in funding from 2,084 deals to date, accounting for 14% of global funding and No. 2 in deal volume. Unlike many other countries, India’s fintech funding has not dropped off sharply this year.

In a very short period, especially compared to other leading fintech economies like the US and China, India has built up an impressive digital financial services ecosystem. With 7,460 fintech firms, India is now third behind the U.S. (22,290 fintechs) and China (8,870), while the subcontinent’s fintech ecosystem has 23 unicorns. Of course, the pandemic accelerated the digitization of financial services in India, like it did everywhere else, but India also benefited from targeted government action such as the National Payment Corporation of India’s (NPCI) immensely successful payment rail, United Payments Interface (UPI). There has been nothing comparable in the U.S. or China, where the largest digital payment rails have been built by the private sector.

At the same time, India is still very much a developing country, which means that there is more low-hanging fruit for its fintech firms than in countries like China or the U.S. This helps explain my India’s fintech deal flow has not dried up despite suboptimal market conditions.

To be sure, the deal pipeline has slowed recently. Venture capital (VC) funding into Indian startups fell below $1 billion for the first time in 2022 in the month of July, according to research firm GlobalData. However, there were still US$907.5 million in VC deals that month.

Meanwhile, August saw some important deals. In early August, the rewards-based payment platform Twid raised $12 million in its Series A funding in a round led by Rakuten Capital while Mumbai-based financial wellness company Jify secured $10 million in Series A funding from Accel and Nexus Venture Partners.

Later in August, the fintech savings startup Jar raised $22.6 million in a Series B funding round led by existing investor Tiger Global at a valuation of $300 million. Launched in 2021, the Bengaluru-based start-up is a daily gold savings app that lets its users save money by taking spare change from online transactions and investing it in digital gold automatically. Jar claims to have racked up 10 million users since its launch last year.

More in this category: « Meta struggles to cash in on Asia’s fintech boom Pakistan’s fintech market is having a busy Q3 »
back to top