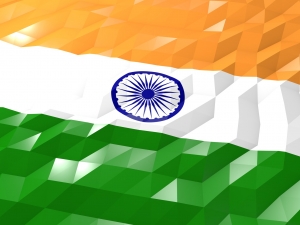 China’s fintech apex was probably in the mid-2010s, before the crypto crackdown. Since then, it has been a long downhill ride. Investors finally figured that out this year amid a broader crackdown on the tech sector that has clipped the wings of the country’s largest fintechs. But China’s loss is turning out to be India’s gain as investors – including, ironically, Ant Group –  pour money into the subcontinent’s fintechs like Paytm, whose record-breaking IPO in November raised US$2.5 billion.

Financial Times notes that tech listings in India had raised US$2.6 billion this year as of mid-November, up 550% over 2020, while funds raised by tech start-ups via public listings in mainland China are on track for the first year-on-year drop since 2014. Although China leads in overall private market deals, India’s growth rates have outpaced it this year.

In the third quarter, India’s start-up funding reached US$10.9 billion, a new record, according to PwC. That figure was up 41% from the second quarter and nearly double the total a year ago. Fintech was at the top of the list of hot investment sectors. Through the first three quarters of the year, Indian fintechs raised US$4.6 billion, a nearly threefold increase from US$1.6 billion in 2020.

The question now is if India’s fintech funding has peaked. Investors have been pouring money into loss-making but high-growth Indian fintechs with the expectation that they will eventually turn a profit. There is reason to believe some of them will. While a vast majority – more than 80% of Indians – have a bank account, that still leaves nearly 200 million who do not. That market is larger than most individual countries in the world. Besides that, less than 10% of Indians have access to formal credit; that is a market of close to 1 billion. Finally, India is rapidly transitioning to digital finance out of necessity in the Covid era, creating all kinds of market opportunities for enterprising fintechs.

Paytm’s performance could be prove to be a bellwether for investor appetite for Indian fintechs. The IPO itself may have been record-breaking in terms of size, but otherwise it was a flop: Shares fell 27% on Paytm’s trading debut, erasing US$5 billion in market value and raising questions about the company’s way forward.

Ahead of Paytm reporting earnings Saturday, the company’s shares dropped as much as 7.7% in early Mumbai trading on Friday. In the previous three days, the stock had risen about 32%. However, it is still well below the price set in the $2.5 billion IPO as investors continue to weigh its longer-term prospects.

More in this category: « Singapore fintechs raise US$1.6 billion through September Vietnam's fintech sector heats up »
back to top