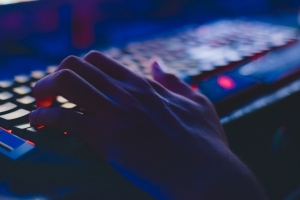 Singapore-based Credify, a digital identity startup, closed its US$1 million seed-funding round in late February. Leading the round were venture capital firm Beenext and Deepcore, a SoftBank-backed Japanese artificial intelligence incubator. Credify provides digital identity and trust system solutions aimed at mitigating credibility issues in e-commerce and lending. Credify says that it will use the seed funding to enhance its product suite, boost localization of software development in Southeast Asia and push ahead with client engagements.

“This investment from Beenext and Deepcore represents far more value than the capital that will assist us as we execute on our vision to elevate trust in digital economies,” Credify co-founder and CEO Makoto Tominaga told DealStreet Asia in February. "Both firms bring with them strong networks within our target markets and deep understanding of the strategic and practical execution necessary to transform early stage businesses to large-scale growth enterprises,” Tominaga added.

Within Southeast Asia, Credify's key markets are Singapore, Vietnam, Malaysia, and Indonesia. The company also plans to begin a project with a Japanese-Philippines security token exchange.

Credify's expansion plans reflect a need for strong online fraud solutions amidst a growing problem of financial crime online in Southeast Asia. Online fraud in Southeast Asia is growing in tandem with the booming e-commerce business. An October 2019 report by Bain & Company and Facebook forecast rapid growth in Asean e-commerce between 2018 and 2025. The region will have 310 million digital consumers in 2025 compared to 250 million in 2018, the report said, adding that their average spend on online purchases will rise to US$390 from US$125 in 2018.

Unfortunately, the explosive growth of e-commerce in Southeast Asia has created fertile ground for aggressive online fraudsters. Globally, retailers between 2019 and 2023 could lose US$130 billion on fraudulent transactions in which cards are not present, according to Retail Dive. Digital goods are highly susceptible because their purchase process is often fairly streamlined.

According to consultancy CyberSource, two of Southeast Asia's largest e-commerce markets are also among the most susceptible to fraud: Indonesia and the Philippines. Malaysia also is in the high-risk category.

A 2019 report by AppsFlyer found that fraud in Southeast Asia totaled US$650 million, or about 40% of overall fraud losses in APAC. Finance apps were the most susceptible to fraudulent activity given their popularity, the report said. Android devices, which are about four times more prevalent in the region than iPhones, may be contributing to the prevalence of fraudulent activity in Southeast Asian given their open-source nature

More in this category: « Islamic finance may be key to Asia Pacific's fintech future How are Europe's top neobanks weathering the coronavirus pandemic? »
back to top