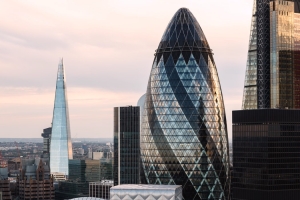 Despite the United Kingdom's Brexit travails, its digital banking sector remains red hot. Indeed, the UK is home to the most challenger bank unicorns of any country: OakNorth (valued at US$2.8 billion), Monzo (US$2.5 billion) and Revolut (US$1.7 billion). Further, if analysts' estimates are correct, Atom Bank (US$644 million) is closing in on the magic number of US$1 billion. Starling Bank, valued at $161 million, may be a ways off from unicorn status, but isn't doing too bad for itself all the same.

To be sure, these challenger banks all have strong potential, but they are not - at least for now - all equally profitable. And if profitability is a key metric by which to measure what these startups are actually worth, then we can argue that their valuation is inflated. In recent years, as fintech has steadily disrupted and even occasionally menaced traditional financial services, venture capital has been pouring into the segment. So goes the fintech bubble.